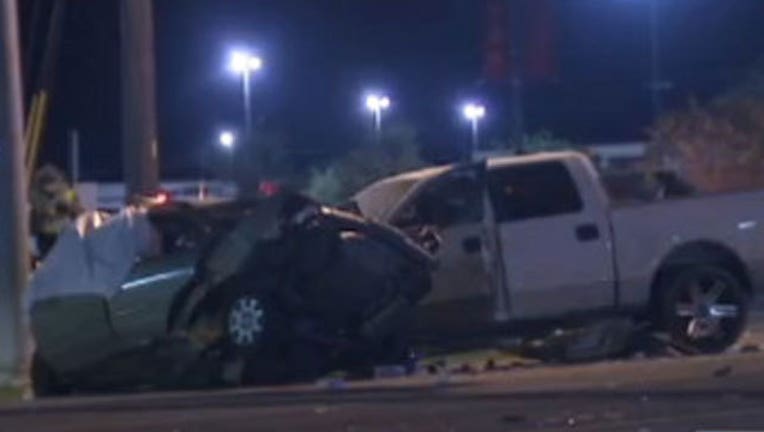 An accident on 183 near Burnet Road had caused traffic heading southbound on 183 to be rerouted. 183 was shut down in the area for about five hours.

There’s limited information about the accident. Police say it was a head-on collision that happened shortly after midnight.

Police say a woman in her 30s was driving a sedan and heading north in the southbound lanes of 183 when her vehicle hit an SUV which was going the correct direction. The woman died on the scene. The driver of the SUV, a man in his 20s, was taken to UMC Brackendridge with serious but non-life threatening injuries.

The other accident happened at North Lamar and Kramer. The investigation into the crash shut down the area for about six hours.

DPS says that a trooper tried to pull over a driver in a four-door Nissan for a traffic violation but the driver sped off and made a u-turn on North Lamar.

It’s not clear why the driver didn’t stop but the driver drove about three blocks before slamming into a Ford pickup.

The driver of the Nissan died on the scene. Two people were in the pickup but neither was seriously hurt.