After spending the last 50 years excavating the Avenue of the Sphinxes, Egypt put it on display Thursday in a made-for-tv event few cultures could rival. (Credit: Luxor Times Magazine via Storyful)

LUXOR, Egypt - Egypt put its ancient heritage on display again Thursday when it unveiled its renovated Avenue of the Sphinxes.

The ancient promenade dates back 3,000 years and connects the famous Karnak and Luxor temples in what was the city of Thebes, which used to be Egypt's capital in antiquity. Statues of sphinxes and rams top pedestals that line the road sitting on the banks of the Nile River.

After spending the last 50 years excavating the site, Egypt put it on display Thursday in a made-for-tv event few cultures could rival. 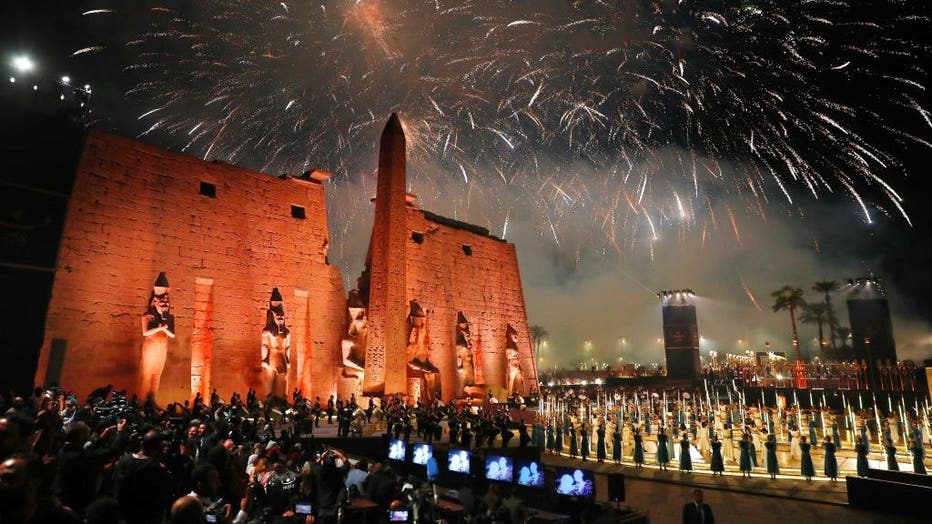 The reopening ceremony of the Avenue of Sphinxes is pictured in Luxor, Egypt, Nov. 25, 2021. (Photo by Ahmed Gomaa/Xinhua via Getty Images)

"Today, the world witnessed the greatness of the ancient Egyptian civilization in Luxor, through the opening of the largest open museum in the world, with a legendary celebration presided over by The President Abdel Fattah El-Sisi and his wife, with the presence of Dr. Mostafa Madbouly, the Egyptian Prime Minister, Dr. Khaled El-Enany, Minister of Tourism and Antiquities, and ambassadors of the countries of the world in Cairo," Egypt’s Ministry of Tourism and Antiquities said.

It’s the Egyptians’ latest attempt to revive its tourism industry, which has been struggling since the 2011 uprising toppled longtime autocrat Hosni Mubarak. The COVID-19 pandemic exacerbated the tourism decline when it caused a global drop in international travel.

In April, Egypt held a similar event in which it paraded the sarcophaguses of their pharaohs to a new museum in another televised event.