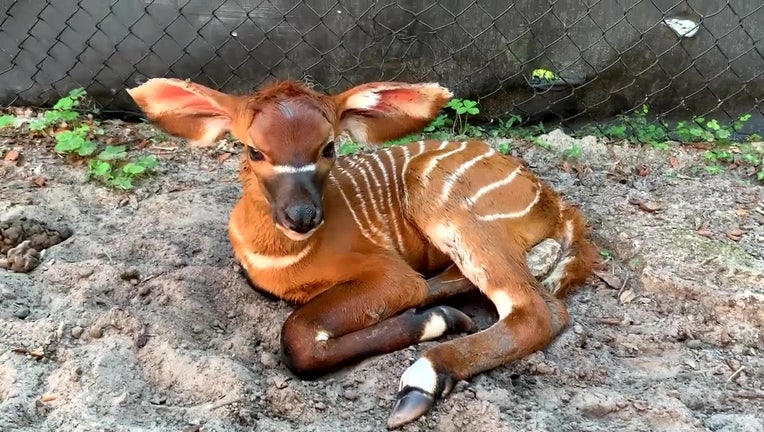 According to the zoo, first-time mother Blitzen gave birth to a female calf at 2:30 a.m. on May 1. The baby, which weighs more than 35 pounds and stands approximately two feet tall, received a neonatal exam shortly after birth and was found to be healthy and thriving.

The zoo says once the calf is older, she will be introduced to her father, Kito, and the family’s African habitat at ZooTampa.

"The birth of every newborn animal at ZooTampa is cause for celebration, but the birth of an endangered species is always a new occasion for hope," said Dr. Larry Killmar, chief zoological officer. "Bongo conservation in the wild is ongoing, but the effort continues to meet many challenges. ZooTampa has joined zoos around the world to make sure this beautiful animal continues to exist.’’

The bongo is the largest forest-dwelling antelope species and one of the most distinctive, sporting a glossy chestnut or orange-colored coat, large ears, eye-catching vertical white stripes, and long horns that spiral as high as three feet. These colorful creatures can weigh between 525 and 880 pounds. 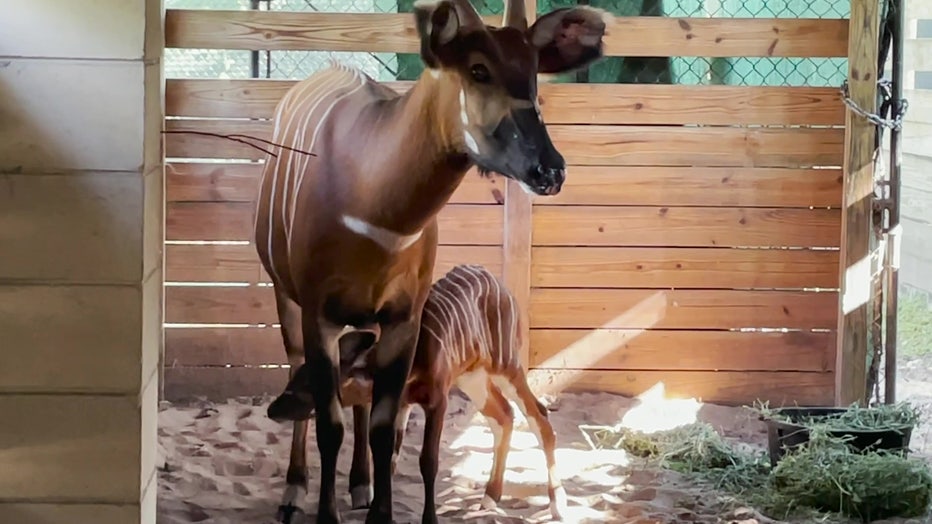 ZooTampa says in addition to losing their forest homes, the bongos were hunted out more than 100 years ago and have not fully recovered.

The mother and father of the new baby bongo were recommended to breed by the Association of Zoos and Aquariums Species Survival Plan (SSP).

ZooTampa actively participates in more than a hundred SSPs, which exist to ensure that zoological populations remain healthy, genetically diverse, and self-sustaining for future generations.