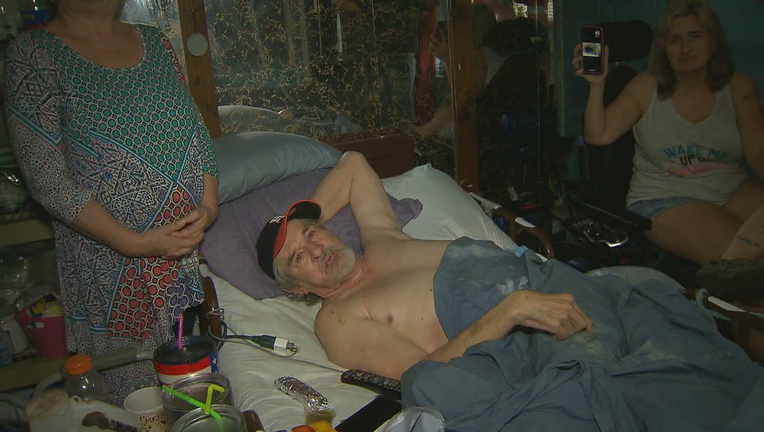 Retired Staff Sgt. Jerry Horton’s sister nominated him for the contest sponsored by Air-Pros USA in Fort Worth.

He served in the United States Army for almost 11 years and then returned to school to earn a criminal justice degree. He worked for the North Texas Tollway Authority for 29 years before retiring.

Injuries from over the years have left him paralyzed from the waist down and he is now dependent on his daughter and step-daughter for care.

Staff Sgt. Horton has also been relying on an old window unit at his home in Balch Springs, east of Dallas.

“The only form of cooling he has is a window unit that barely cools the room where he spends all of his time,” his sister, Connie Adamson, said for the contest. 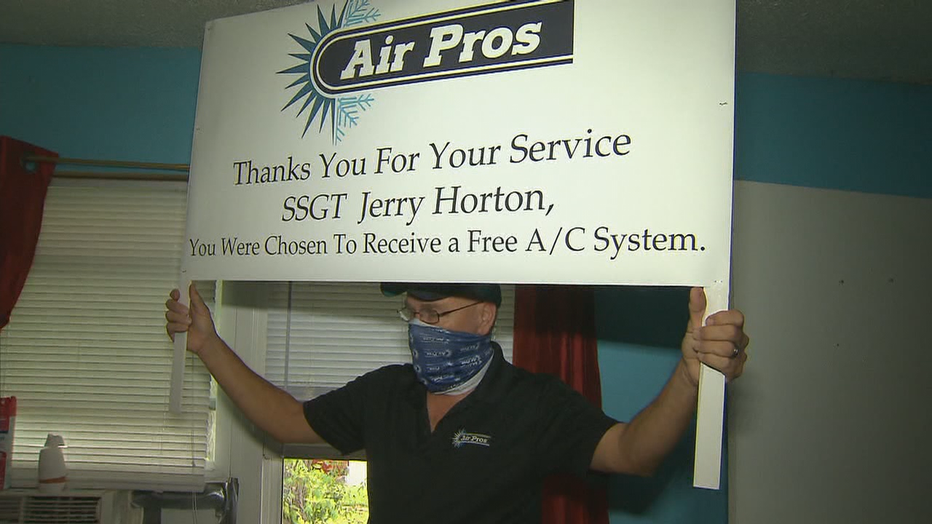 Horton was picked as a finalist and then won the gift after three weeks of public voting. He was surprised at his home Tuesday afternoon.

“To do it for someone who is truly down on their luck and in need because of everything that’s happened since he was in the military, words can’t really explain it. It’s very fulfilling,” said Alan Ross, the general manager for Air-Pros.

Crews will return to his home soon to install the new A/C system.