Sen. Bernie Sanders has ended his 2020 presidential campaign in the wake of a string of primary defeats in key battleground states that propelled former Vice President Joe Biden to the forefront of the race for the Democratic nomination

The Sanders campaign sent an email on April 8 stating that senator announced on an all staff call that he is suspending his campaign.

Joe Biden, the former vice president and now presumptive Democratic nominee, released a statement on Sanders' departure from the race.

"He hasn’t just run a political campaign; he’s created a movement. And make no mistake about it, I believe it’s a movement that is as powerful today as it was yesterday. That’s a good thing for our nation and our future," Biden said.

Sanders, the self-professed democratic socialist from Vermont, began his second attempt at the White House in February of 2019.

Much like his 2016 campaign, Sanders maintained his commitment not to accept donations from billionaires. Instead, he relied on the generosity of ordinary Americans.

Even so, he never fell short of the donation threshold required to make the debate stage.

Even Sanders' ideological ally, Elizabeth Warren, said she’d be a better president than the Vermont senator.

On those crowded stages, moderators and opponents hurled questions at Sanders about his age, his health and an Oct. 1 heart attack that slowed his campaign.

He fielded them all, and his supporters rewarded him for it. He finished second in delegates in Iowa, but won the popular vote.

When New Hampshire and Nevada came around, Sanders picked up back-to-back wins. He seemed to be running away with the 2020 primaries until he ran into the same problem that plagued his 2016 presidential bid.

Joe Biden took a resounding victory over Sanders in South Carolina, whose Democratic Party is bolstered by large numbers of African-American voters. 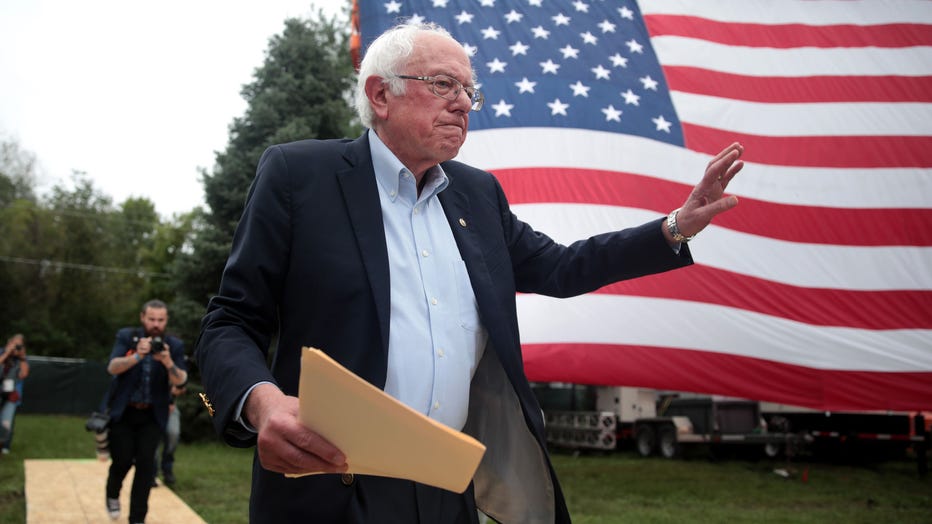 During a debate held in South Carolina, just days before the primary, Bernie was booed several times when he took shots at Biden, Mike Bloomberg and former President Barack Obama, all of whom enjoy a healthy amount of support from black voters.

In 2016, Hillary Clinton swept Sanders in the South, which largely holds the same demographic makeup as South Carolina.

Shortly after the Palmetto State went to Biden, the other moderate candidates dropped out of the race and endorsed Biden.

It was a harbinger of things to come. Biden, like Clinton before him, swept the southern states on Super Tuesday. Though Sanders snagged the top prize, California, Biden took the coveted state of Texas and boosted his overall delegate count to surpass Sanders.

Sanders desperately needed a big win in Michigan’s primary on March 10 to stay viable in the race for the Democratic nomination. But voters in the Great Lakes State threw their weight behind Biden, handing him a decisive victory in a key battleground state that had helped propel Sanders’ insurgent candidacy four years ago.

The former vice president's victory there, as well as in Missouri, Mississippi and Idaho, dealt a serious blow to Sanders and substantially widened Biden's path to the nomination.