It’s been one week since a witness unintentionally captured video of Nicolas Gardiner getting hit by a car while biking down Riverside Drive.

AUSTIN, Texas - The Austin Police Department (APD) has released photos of a vehicle they say "intentionally swerved and struck" a bicyclist on W. Riverside Drive in late March.

APD says that on March 30, just before 8:30 p.m., officers responded to a call about a crash in the 700 block of W. Riverside Drive. Nicolas Gardiner had been riding his bike when a white vehicle intentionally swerved and struck him. The driver did not stop or render aid after hitting Gardiner.

Gardiner received medical treatment at a local hospital, says APD. He told FOX 7 Austin Wednesday that his road rash is healing up, but he’s still using a crutch and has a boot due to a fracture in his heal.

"It's been really painful, just kind of all like the achiness and soreness has set in," said Gardiner when asked how the past week has been. "I haven’t really been able to work because I’ve been kind of zonked out on pain meds."

The suspect vehicle is described as a white Honda Accord Coupe, possibly a 2003 model. 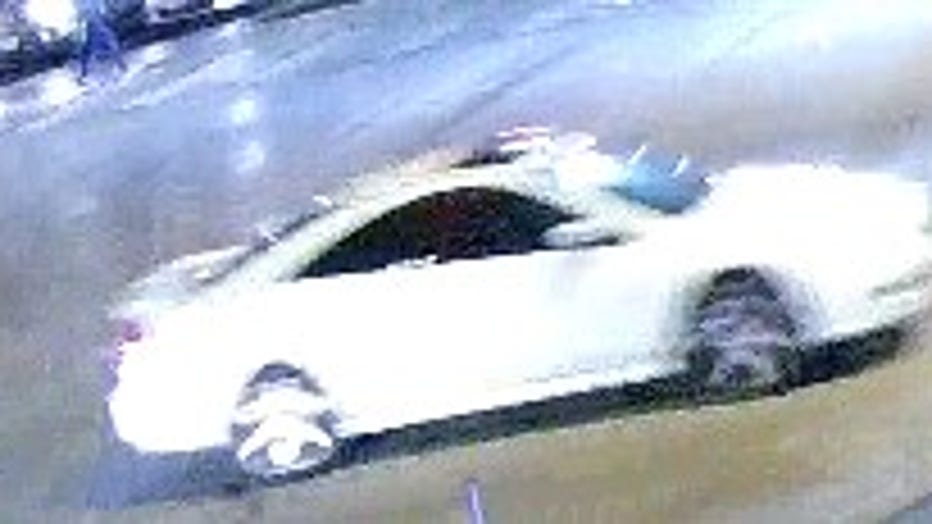 Gardiner told FOX 7 Austin that the vehicle was a white, two-door car that looked like an early 2000s Honda Accord or Toyota. There was a spoiler on the back and a sunroof. He said there may be damage on the front right headlight or hood of the car. 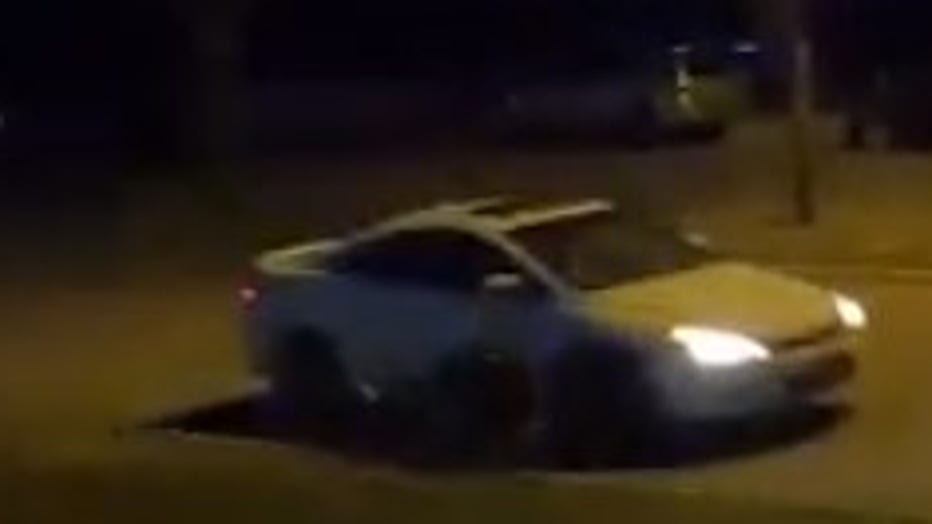 The suspect vehicle is described as a white Honda Accord Coupe, possibly a 2003 model.  (Austin Police Department)

The incident was unintentionally captured on video by Scott Thigpen, a fellow bicyclist who had a camera rolling on his helmet and was standing on the sidewalk talking to someone when Gardiner was struck.

Gardiner says the driver started interacting strangely with him about half mile down the road. "He’s right here, I was passing him he started screaming at me," he explained. "I wave my hand and said whatever went past him, he let me get in front of him and then he angled, hit me and then righted himself."

Gardiner can be seen in the video getting up and moving himself to the grass along the side of the road. He lays down and Thigpen and other pedestrians approach Gardiner to see if he is okay. One of the pedestrians identifies herself as a nurse in the video and asks the cyclist what he needs before the video ends. Thigpen can also be seen calling 911 in the video.

Caught on camera: Austin bicyclist hit by car in hit-and-run

WARNING: The following video contains graphic content. A bicyclist was hit by a driver while riding his bike on Riverside Drive in South Austin. Credit: Scott Thigpen

Detectives are asking anyone with information or video of the incident to utilize the Crime Stoppers tip line at 512-472-8477 (TIPS), or the Crime Stoppers app. You may remain anonymous. You can also submit tips by downloading APD’s mobile app, Austin PD, free on iPhone and Android.