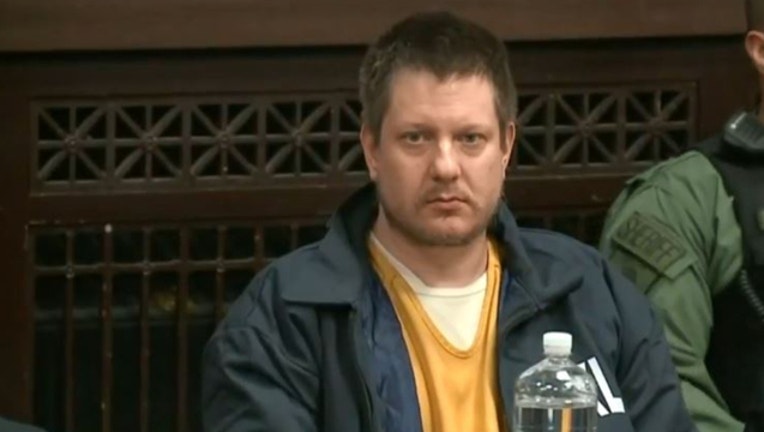 CHICAGO (AP) — - A white Chicago police officer who fatally shot black teenager Laquan McDonald was assaulted by inmates in his cell at a Connecticut prison, the officer's wife said Wednesday.

Jason Van Dyke was transferred earlier this month to a federal prison in Danbury, Connecticut. He told his lawyers he was placed in the prison's general population hours after his arrival and was assaulted there, the Chicago Sun-Times reported.

"We are all petrified and in fear for Jason's life," his wife, Tiffany Van Dyke, told the newspaper. "Jason just wants to serve his sentence. He does not want any trouble. I hope prison officials will take steps to rectify this right away. He never should have been in the general population."

Details of the incident weren't immediately clear. A spokesperson for the Federal Correctional Institution in Danbury wasn't available for comment when The Associated Press called on Wednesday night.

A Cook County, Illinois, jury in October found Jason Van Dyke guilty of second-degree murder and 16 counts of aggravated battery with a firearm for the 2014 killing of McDonald, who was shot 16 times. In January, Van Dyke was sentenced to six years and nine months in prison.

Absent a new sentence, Van Dyke will likely serve only about three years, with credit for good behavior.

Van Dyke was being held at the Rock Island County Jail in Rock Island, Illinois, about 150 miles (240 kilometers) west of Chicago, before the move to the low-security Connecticut prison. County authorities said he was kept out of the Illinois jail's general population.