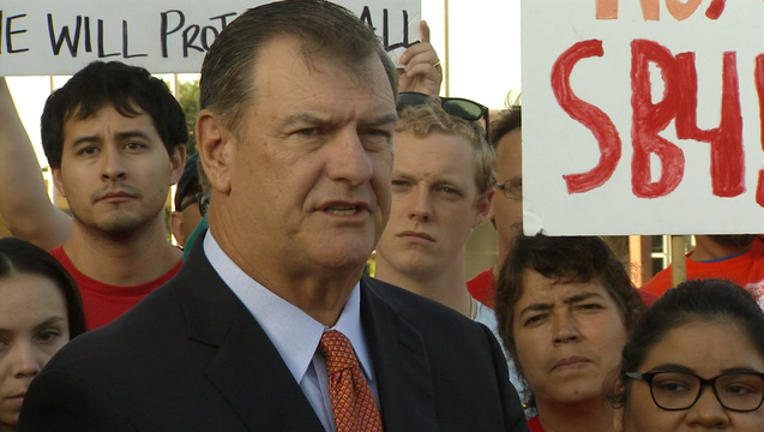 The City of Dallas will join other big Texas cities in fighting the state’s so-called “sanctuary cities” law in court.

Texas' law allows police to inquire about individuals' immigration status and requires them to turn immigrants over to federal immigration officials upon request. Critics call it a "show me your papers" law.

Dallas Mayor Mike Rawlings said in a statement the law is unconstitutional and “would infringe upon the city's ability to protect public safety.”

In the past week, Austin and San Antonio have sued Texas to block the “sanctuary cities” law.

The lawsuit claims the measure prevents Texas cities from setting policies for police immigration checks and could lead to violations of equal protection under the 14th Amendment of the U.S. Bill of Rights.