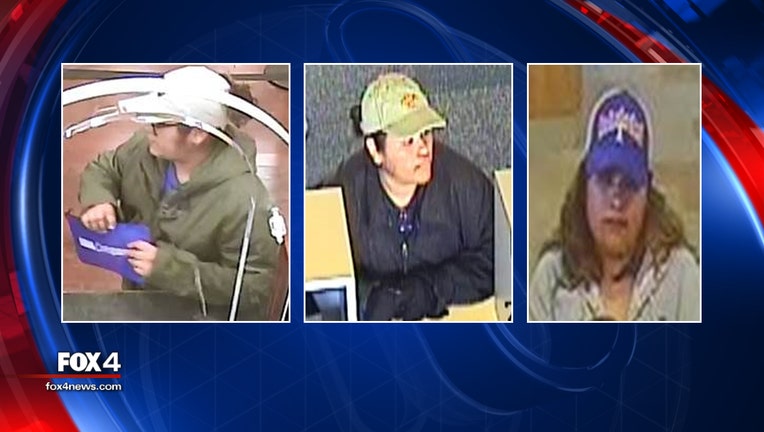 DALLAS - A woman is wanted for a series of bank robberies in Dallas.

Police said she held up a Comerica Bank on Fort Worth Avenue in West Dallas last month.

She walked into the bank and handed the teller a note that demanded money. She was able to get away with the cash.

The same woman may also be the one who held up banks in northeast Dallas and the White Rock Lake area earlier this month.

She’s described as Latina, between the ages of 30 and 40 and heavy set with brown eyes and long brown hair.

Crime Stoppers is also offering up to a $5,000 reward for information that leads to an arrest and indictment. Tipsters should call 214-373-TIPS.