Dallas PD Officer Bryan Riser was taken into custody Thursday morning after being accused of two unrelated killings from 2017.

DALLAS - A Dallas police officer is accused of murdering two people in unrelated cases that date back to 2017.

Officer Bryan Riser has been with the Dallas Police Department since 2008 and was a member of the South Central Patrol.

He was taken into custody Thursday morning and charged with two counts of capital murder.

DPD Chief Eddie Garcia said the arrest was the result of an expedited internal affairs investigation.

A Dallas police officer is accused of murdering two people in unrelated cases that date back to 2017.

The chief said police received information from a witness that implicated Riser in both murders.

The first occurred on March 10, 2017. The body of 31-year-old Lisa Saenz was found with multiple gunshot wounds in the 200 block of Santa Fe Trail, near the Trinity River 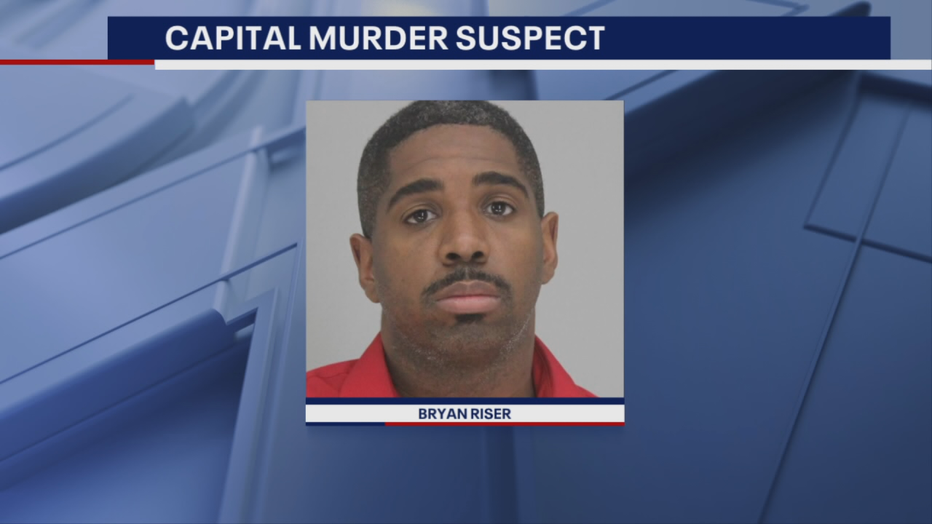 Police said Saenz was kidnapped, and then shot and killed at the location.

Police arrested three men and charged them with capital murder in Saenz’s death. Their charges are still pending.

According to court documents, one of the three is the witness who told investigators about Riser’s involvement on August 14, 2019.

Police said that witness told them Riser first contacted him about a plot to rob drug houses based on information provided by Riser.

But the witness told police Riser changed plans, and instead asked the witness to kill a man by the name of Albert Douglas, for $3,500.

According to police, Saenz was reportedly the second hit ordered by Riser, two weeks later for $6,000, but Riser never paid because the three men were arrested.

According to an arrest warrant affidavit, Riser and the witness who spoke to police met at several locations and "discussed a plan to kidnap and kill Douglas. The suspect provided the witness with a physical description of Douglas and where he could be located."

According to the witness, "the same method of operation was used to locate and kill Saenz. The suspect told the witness she was an ‘informant.’"

Court documents state FBI analysis placed Riser’s cell phone and squad car at locations where the witness said they met to plan the kidnappings and murders.

That second victim had been reported missing by his family in February of 2017. According to witnesses, he was also kidnapped and murdered in the 200 block of Santa Fe Avenue but his body was never found. 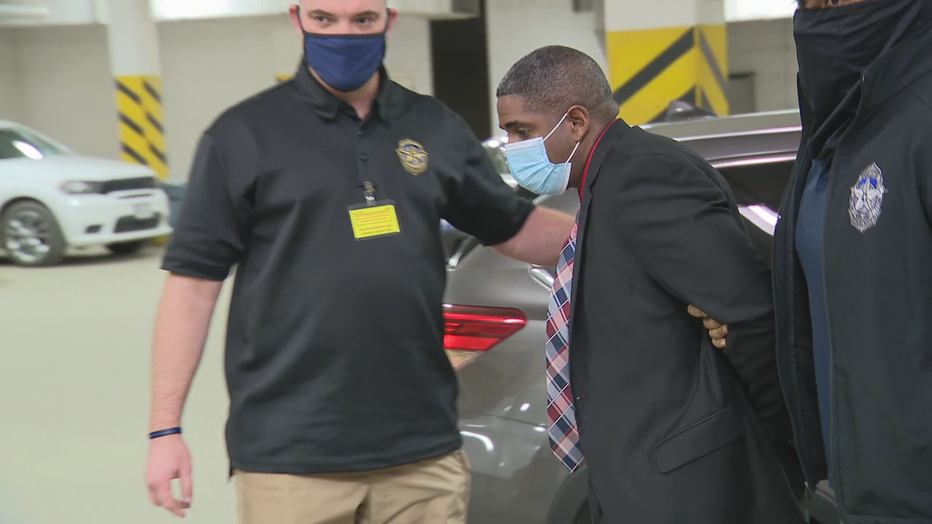 Riser reportedly had a relationship with at least one of the victims but the motive for the murders is still unknown at this time.

The FBI and DPD’s homicide unit are still actively investigating, the chief said. Riser had been investigated for several years now, and continued on the job, until he was arrested Thursday morning.

Chief Garcia said the homicide investigations have been open since 2017 and he assumes the previous police chief was aware that an officer became a person of interest in the murders in 2019.

"He doesn’t become a murder until we have enough information to find probable cause that he is a murder suspect. The fact that he was a person of interest I think is very important. I think the community should know that this police department wants to be as thorough as possible because we certainly don’t want someone slipping through the cracks that has no business wearing this uniform," he said.

Dallas Police Chief Eddie Garcia says the department will continue to investigate the officer involved, and will hold themselves accountable.

The department will be looking at all of the activity Riser conducted as a police officer, as well as his arrests, but police said these latest charges are not related to his work as an officer.

DPD will hold itself accountable to the highest level, Garcia said. But he added that the actions in this case in no way reflect the men and women who serve with honor on a daily basis.

"There’s an old adage in police work that no one hates a bad cop more than a good cop. We hire individuals from the human race and when we find individuals such as this it’s the actions that we take afterward that we should be judged by," he said.

Riser was arrested in 2017 and charged with assault family violence - bodily injury. Garcia said that case is not related to the current charges.

Riser is currently on administrative leave but the chief said the department will take swift action to change that.

"This individual has no business wearing this uniform," Garcia said.

Thursday afternoon, Dallas police showed up at Riser’s home with a search warrant.

A woman from the home went with investigators, and FOX 4 cameras caught a red vehicle being towed from the residence as neighbors looked on.

"Just the fact that he’s a police officer and he’s two doors down, so close to home, not knowing what happened, why it happened," neighbor Sherry Scott said.

"I was shocked, but then again, you just never know. It’s a quiet neighborhood and you don’t know all your neighbors," neighbor Minh Nguyen said.

"While I understand this case remains under investigation, I am sickened to hear about these allegations. But I am grateful for our homicide detectives, who have worked to ensure that justice is served.

"My heart goes out to the victims’ loved ones. I cannot imagine the anguish they have endured. They, and all the people of Dallas, deserve answers in this case."

Late Thursday night, Former Police Chief Renee Hall released a statement saying investigators recommended that she not place Riser on administrative leave so as to not compromise the investigation.