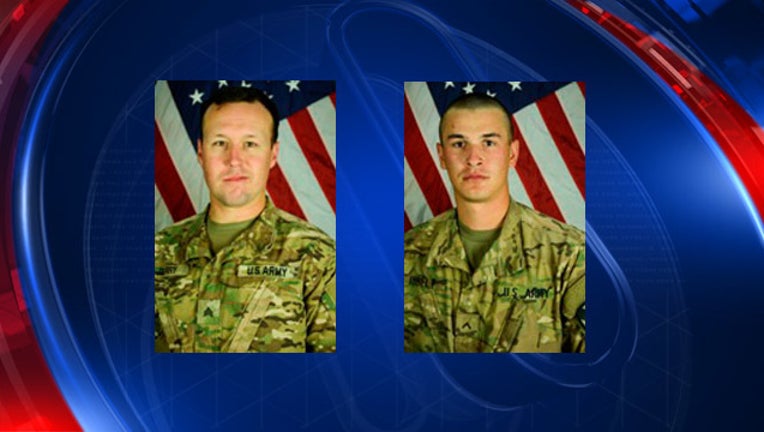 Perry of Stockton, California entered the U.S. Army in 2008 and has many awards and decorations. Among those are the Purple Heart Medal and Bronze Star.

Iubelt from Tamaroa, Illinois enlisted in the U.S. Army in November 2015 as a motor transport operator. He also received numerous awards and decorations including the Purple Heart Medal and Bronze Star.