DALLAS - Delta Air Lines has put nearly 900 people on its no-fly list in the wake of lawmakers being harassed on flights over the U.S. election and the ongoing coronavirus pandemic.

Reasons for individuals facing a ban from the airline include not complying with Delta's mask requirement or for engaging in unruly behavior related to the results of the presidential election, according to Reuters.

Among those people are supporters of President Donald Trump who harassed Sen. Mitt Romney, R-Utah, on a flight from Salt Lake City to Washington, D.C., Reuters reported. Video originally posted Jan. 5 shows a woman walking up to Romney as he worked on a computer in the airport and later referring to him as a "disgusting shame." It was followed by another clip of people chanting "traitor" at him on the plane.

Delta confirmed it has 880 people on its internal no-fly list for violating policies in a statement to FOX Television Stations, but it did not provide any additional details on the ban.

Face masks are required on Delta flights, as recommended by the U.S. Centers for Disease Control and Prevention to help prevent the spread of the coronavirus. Passengers must also wear a mask at check-in, in Delta Sky Clubs and in the boarding gate area.

Airlines have full discretion to ban passengers who violate their policies. The company’s internal no-fly list is different than the federal no-fly list, which is part of the U.S. government’s Terrorist Screening Database and prohibits anyone who "may pose a threat to civil aviation or national security" from boarding a commercial aircraft.

Generally, in order to be placed on the federal list, the government must have information that the person presents "a threat of committing terrorism" to the aircraft or the U.S. homeland or U.S. facilities. 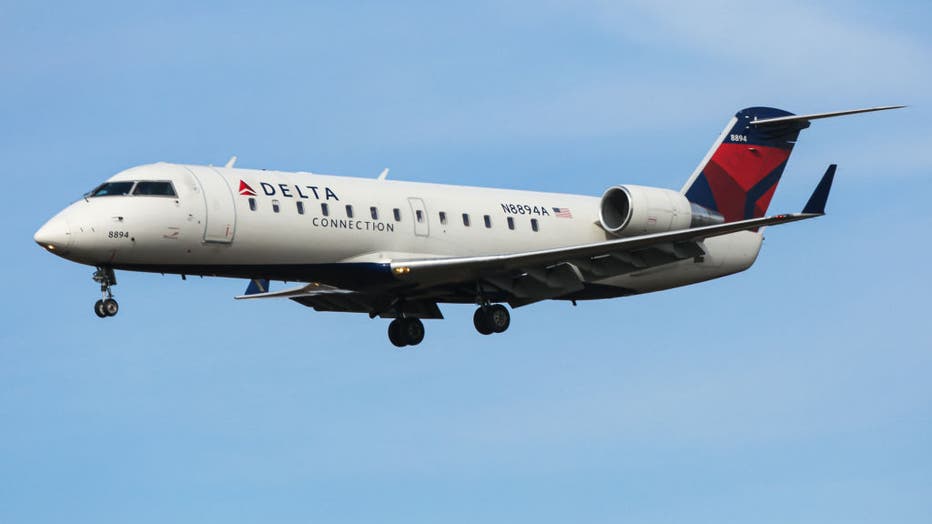 The Federal Aviation Administration on Wednesday said it was also stepping up enforcement against unruly airline passengers after confrontations on flights to and from Washington, D.C., around the time of the riot at the U.S. Capitol by Trump supporters.

The FAA said there has been "a disturbing increase in incidents where airline passengers have disrupted flights with threatening or violent behavior. These incidents have stemmed both from passengers’ refusals to wear masks and from recent violence at the U.S. Capitol."

A mob of Trump supporters stormed the U.S. Capitol on Jan. 6 in a deadly siege seeking to overturn the results of the presidential election. Rioters waving Trump, American and Confederate flags took over the House and Senate chambers, smashed windows, ransacked lawmakers’ offices and ran wild in Statuary Hall and other hallowed symbols of democracy.

Congress was voting to affirm President-elect Joe Biden's victory and was forced into lockdown for hours, though the Electoral College vote was ultimately finalized hours later.

Five people died in the siege, including a Capitol police officer.

Trump was impeached Wednesday by the House over the deadly Capitol siege, the only president in U.S. history twice impeached. Many of the rioters attended a rally at the White House prior to the attack, in which the president called for them to "fight like hell" against the election results.

The attack also left the nation’s capital, and other capital cities, under high security amid threats of more violence around Biden’s inauguration.

In response, airlines and airports have stepped up security ahead of the Jan. 20 inauguration. Delta, United and Alaska all said they will prohibit passengers flying to the Washington area from putting guns in checked bags.

Delta and United said their bans on checking guns to Washington-area airports will start Saturday and run through Inauguration Day until the following weekend.

"We are all on high alert based on the events over the last couple weeks up in Washington,″ CEO Ed Bastian said Thursday on CNBC.

Other airlines did not announce changes to their gun-shipping policies, but some announced other measures.

American Airlines is bringing back a ban on serving alcohol on flights to and from the Washington area — flights go dry starting Saturday through next Thursday. Several airlines are moving crews out of downtown Washington hotels for their safety.