Dozens of puppies were adopted at the Washington County Humane Society on Tuesday, Sept. 6 -- after they were seized in Richfield on Monday.

WASHINGTON COUNTY, Wis. - The Washington County Humane Society began the process of adopting out nearly 50 dogs, most of them puppies, on Tuesday, Sept. 6.

Humane society officials said the dogs were being illegally transported to the area from Texas in a pickup truck and seized by law enforcement, intercepted at a home in Richfield Friday night. The Washington County Sheriff's Office contacted the Washington County Humane Society, and they jumped into action, working through the night to get the 46 puppies and one adult dog settled.

Tuesday was the first opportunity for these animals to find their "furever" homes after a rough start. 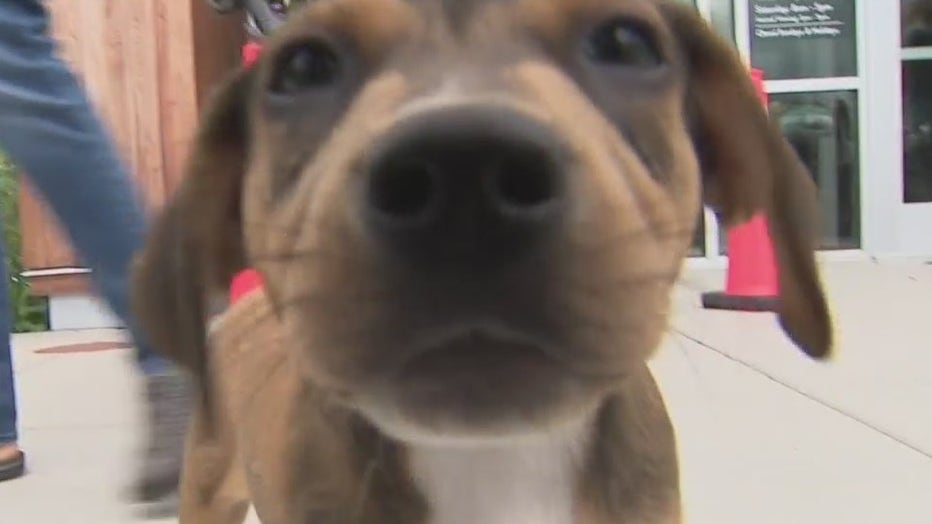 "The dogs were coming over in an inhumane way of transportation – an open bed pickup truck. It was a single person. He had just decided to go pick up some dogs and try to bring them back here," said Jessie Wermager, Washington County Humane Society.

Officials said it's unclear why the dogs this person had the dogs.

"Just on the surface, it just it’s horrendous just to see they were all in kennels open to the elements," said Lindsay Mirsberger of Campbellsport. "It’s not okay."

Potential adopters were eager to see the dogs on Tuesday. The first person was in line at the humane society at 9 a.m. The doors didn't open until 1 p.m. 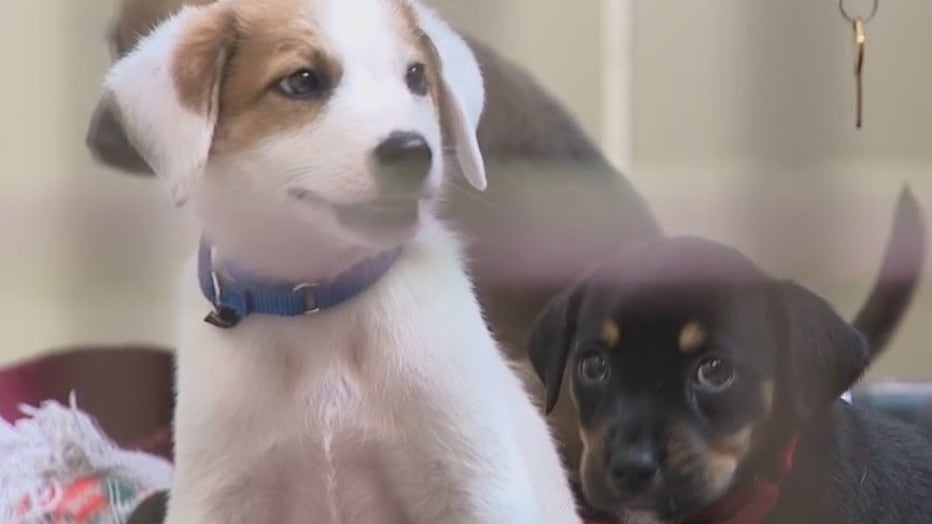 "Yeah, it was a little hectic!" said Brandi Dudek, who adopted a puppy.

Humane society staff put in extra hours to prep the pups for adoption, naming them after the 50 states.

Tuesday was a treat for those interested in taking one home. 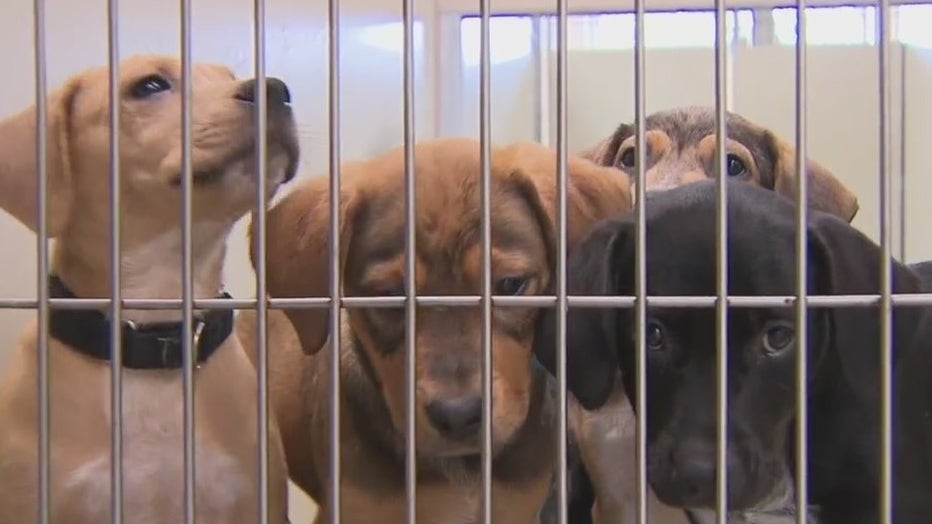 "We have people waiting in line, and they’re wondering if they’re going to get the dog they want, that they have their eye on on the website," said Kay Amland, Washington County Humane Society.

Amland said they haven't had a large-scale adoption-type event like this in one day in quite some time. She said it went smoothly despite some disappointment when a dog someone wanted was already taken.

"Even if we can't get one, I hope they all get adopted," said Lutz.

Humane society officials said Tuesday that was their goal, as well, to get all the pups into a home by week's end. By Tuesday, they had interested parties for all of the animals. 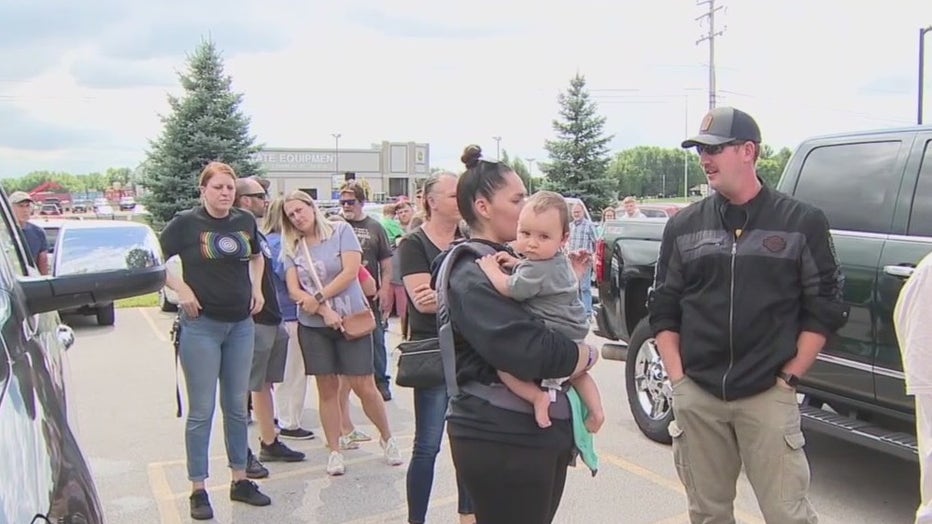 No matter the state name, all of these animals will settle into their new homes in Wisconsin.

FOX6 News checked with the Washington County sheriff Tuesday who said the case was turned over to their Major Crimes Unit "to investigate any potential of criminal liability for the transport and/or possession of the dogs," noting that they are "thoroughly looking into several different aspects" of the case.