A piece of Austin's transportation puzzle rolled into a new home on Tuesday. The Greyhound Bus line has relocated to a special hub in east Austin.

AUSTIN, Texas - The Greyhound bus that rolled into the Richard Moya Eastside Bus Plaza Tuesday morning was running a few minutes late. But its arrival was a first at this location for the national transit company.

"It's a bus station. We want to be a different kind of bus station," said David Marsh, General Manager of the Capital Area Rural Transportation System.

The organization, known as CARTS, built the new plaza teaming up with Greyhound and CapMetro. The east Austin location is near the intersection of Cesar Chavez and Airport Blvd. It’s a mobility springboard, according to Marsh.

"We have 172 metro busses a day. We have 16 Greyhound buses a day. We have 25 busses a day. That comes from a county where we bring people in and take people out. So they will people able don't make those connections are really important and that's what Project Connect does. This station is probably kind of like a prototypical station that you'll see more of, like on the project Connect builds out, particularly out in the rural areas," said Marsh.

Among those riding Greyhound to San Antonio was Roland Svensson. He is visiting from Sweden and is used to a comprehensive public transportation system. He had high praise for Austin’s new hub.

"I mean, the quality is very high, but very few people use it, I think because you go by car in the U.S., I'm used to going by bus and train. And so for me, this is very nice," said Svensson.

Other travelers said the site is an upgrade from where they used to catch the bus.

"I think It's perfect, it's wonderful. It's a good location, it's right off the bus lines, it's easy to get to," said Jesse Walker, who was traveling to San Antonio. 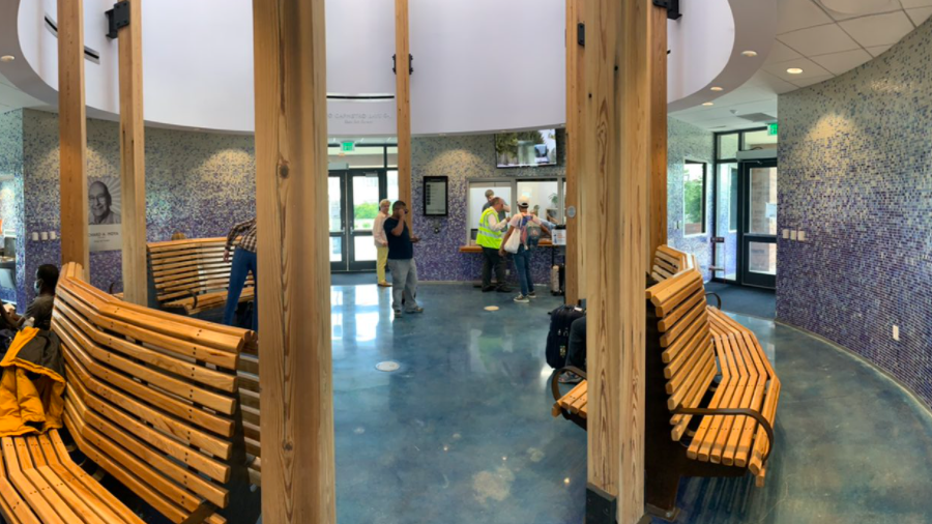 The new hub in East Austin replaces the Greyhound station located next to the ACC Highland campus. Moving the bus line certainly is a big step, but there is a missing transportation link at the new location CapMetro‘s Blue Line light rail. Cap Metro buses, according to Marsh, will provide direct connections to Metro Rail.

"When we built this together, CapMetro and CARTS, CTRMA and TXDOT, the city of Austin all collaborated on this project. Capitol Metro said that they intended to be a prototypical project for what they want stations to be as they build out more stations," said Marsh.

There were some people with Greyhound tickets Tuesday who didn’t know about the change in location. A few, like Cristian Olivarri Torres missed the bus. 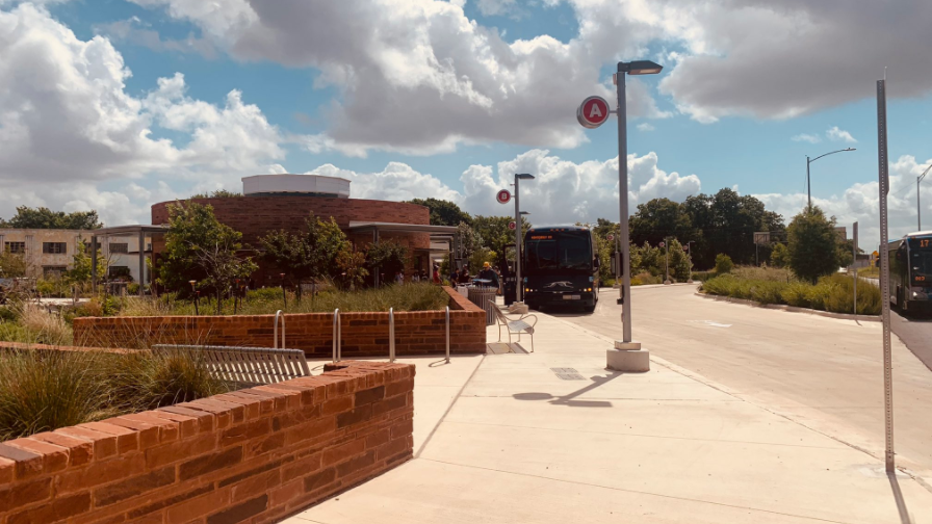 The change also caught a few rideshare drivers by surprise. A driver who only gave his first name of Mukaila said he was impressed with the site, after he eventually found it.

"It is a very nice location because number one is the strategy place and then is no crowded place. And I love having a lot of space over here for drivers to park," he said.

The Hub is also designed to be a community gathering spot. The hope is to eventually hold art and music events there.