AUSTIN, Texas - Tesla CEO Elon Musk ignited a firestorm on social media by suggesting that he might die "under mysterious circumstances." While some on Twitter rushed to the conclusion that he might fear the Clintons, it seems the CEO may have been referencing a potential threat from Russia.

"If I die under mysterious circumstances, it’s been nice knowin ya," Musk, who is also the CEO of SpaceX and who recently acquired Twitter, posted on the social media platform.

When Musk's mother Maye Musk responded, "That's not funny," her son replied, "Sorry! I will do my best to stay alive."

Many commentators suggested that Musk might be afraid of former President Bill Clinton and his wife, former Secretary of State Hillary Clinton, playing off of the conspiracy theory that the Clintons were involved in Jeffrey Epstein's suicide.

"Do you have dirt on the Clintons?" digital strategist Greg Price asked.

"Wait… what do you know about Hillary Clinton?" comedian Tim Young asked.

"The Clintons" began trending on Twitter, in part due to Musk's tweet, which garnered more than 52,000 "retweets" Sunday night.

Others referenced a tweet from John McAfee on Oct. 15, 2020, in which the computer programmer and anti-virus software producer stated that he had no intentions of committing suicide after he was arrested in Spain on tax evasion charges.

"I am content in here. I have friends. The food is good. All is well. Know that if I hang myself, a la Epstein, it will be no fault of mine," McAfee tweeted.

McAfee was found dead on June 23, 2021, of apparent suicide by hanging in his cell shortly after the Spanish National Court authorized his extradition to the U.S.

Yet unlike McAfee and Epstein, Musk has not been arrested and is not in prison. From context, it seems Musk was not referring to the Clintons as a potential threat to his life, but rather the Russian government. 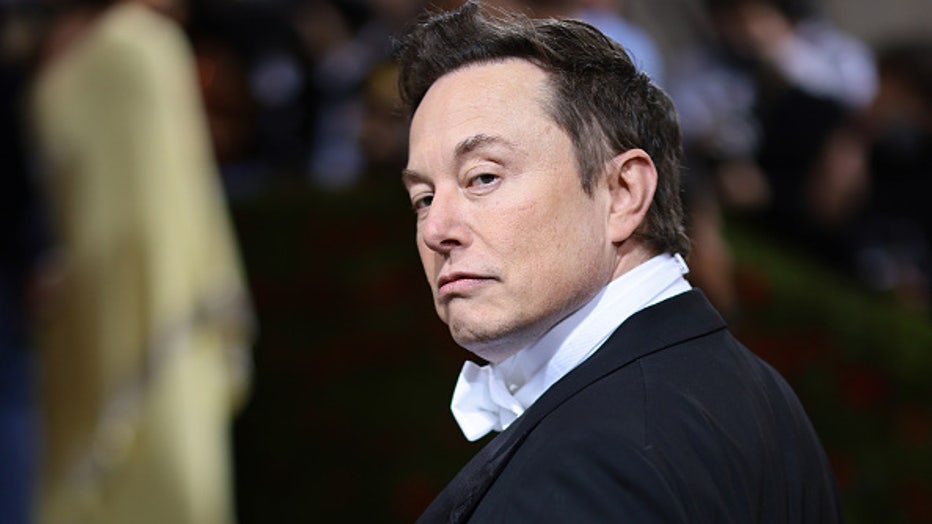 NEW YORK, NEW YORK - MAY 02: Elon Musk attends The 2022 Met Gala Celebrating "In America: An Anthology of Fashion" at The Metropolitan Museum of Art on May 02, 2022 in New York City. (Photo by Dimitrios Kambouris/Getty Images for The Met Museum/Vogue

Shortly before his cryptic tweet, the Tesla CEO cited a message from Dmitry Rogozin, a former deputy prime minister of Russia, who sent a statement to Russian media condemning Musk's Starlink satellite company for enabling the "Nazi Azov Battalion" to access the internet.

"From the testimony of the captured commander of the 35th Marine Brigade of the Armed Forces of Ukraine, Colonel Dmitry Kormyankov, it turns out that the internet terminals of Elon Musk's Starlink satellite company were delivered to the militants of the Nazi Azov Battalion and the Ukrainian Marines in Mariupol by military helicopters," Rogozin wrote, according to a translation Musk posted on Twitter.

"According to our information, the delivery of the Starlink equipment was carried out by the Pentagon," Rogozin added. "Elon Musk, thus, is involved in supplying the fascist forces in Ukraine with military communication equipment. And for this, Elon, you will be held accountable like an adult – no matter how much you'll play the fool."

"The word ‘Nazi’ doesn't mean what he seems to think it does," Musk tweeted with the message.

Musk's Starlink has indeed been connecting Ukrainians to the internet amid the Russian invasion.

The Azov Battalion is a unit of the National Guard of Ukraine based in Mariupol in the region of the Sea of Azov. It first saw combat recapturing Mariupol from Russian forces and pro-Russian separatists in June 2014. Russia has repeatedly cited the battalion as justification for its invasion of Ukraine in a "denazification" effort (despite the fact that Ukraine's president, Volodymyr Zelenskyy, is Jewish).

In March 2015, Andriy Diachenko, a spokesman for the brigade, told USA Today that 10% to 20% are Nazis, but the ideology "has nothing to do with the official ideology of the Azov."

Any previous extremism in those ranks traced back to the fact that the Azov Battalion had been a volunteer organization years ago, but much has changed since then, the Ukrainian president said.

Multiple critics of the Kremlin have died in violent and suspicious ways. Most notoriously, Alexei Navalny, a political rival of Russian President Vladimir Putin, became sick in August 2020 after being exposed to a Soviet-era nerve agent in a suspected poisoning. The Kremlin has denied involvement in the apparent assassination attempt.

It seems Musk was likely referring to a threat from Russia, not any supposed threat from the Clintons.