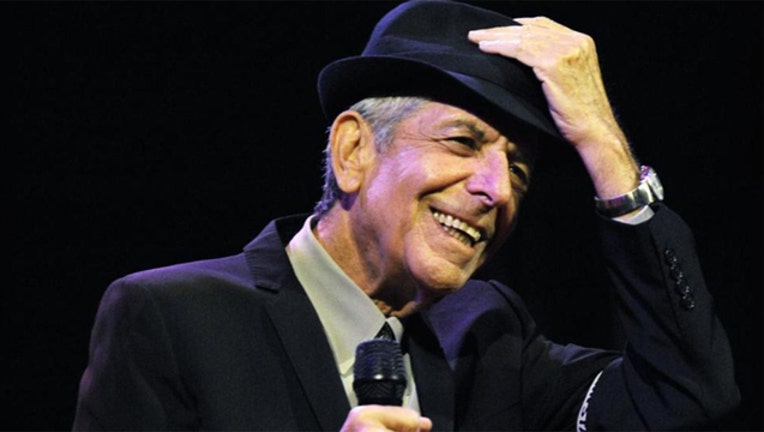 LOS ANGELES (AP) - The family of singer-songwriter Leonard Cohen confirmed he has died at the age of 82.

Leonard Cohen, the gravelly-voiced Canadian singer-songwriter of "Hallelujah," "Suzanne" and "Bird on a Wire," has died at age 82.

Cohen's management said in a statement Thursday that he has passed away, and a memorial will take place in Los Angeles at a later date. No further details on his death were given.

Cohen, also renowned as a poet, novelist and aspiring Zen monk, blended folk music with a darker, sexual edge that won him fans around the world and among fellow musicians like Bob Dylan and R.E.M.

He remained wildly popular into his 80s, touring as recently as earlier this year and releasing a new album just last month.

His "Hallelujah" became a cult hit when it was covered by musician Jeff Buckley in 1994, and has become a modern standard since.