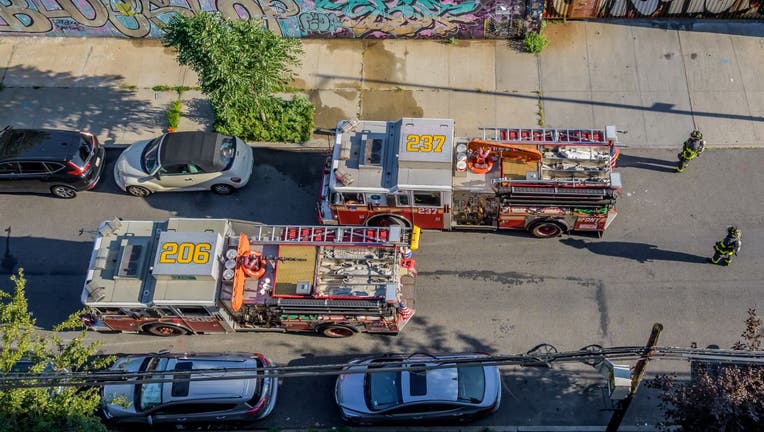 NEW YORK - Nine FDNY firefighters have been suspended without pay after an investigation revealed alleged racist messages and memes mocking the death of George Floyd and black people.

According to a report in the New York Times, white firefighters "shared racist message and memes on their phones mocking [Floyd's] dying moments," likened Black people to "wild animals" and "gloated about how police could ‘legally shoot Black children.’"

The messages and memes were seen by Black members of the FDNY, who took their complaints to FDNY leadership.

The suspensions range from a few days to six months. A spokesperson called the suspensions the most severe punishments ever handed down in the history of the Fire Department of the City of New York.

"When these memes were reported we investigated in and the suspension were the result," FDNY spokesman Jim Long told the New York Post.

Black firefighters told the Times they believed the suspensions fell far short of addressing what they consider deep-rooted problems in the department, where leaders have acknowledged that racism, sexism and harassment have been tolerated.

Fire Department Commissioner Daniel Nigro said the department has embraced diversity initiatives and welcomed historically diverse classes into the academy in recent years. He said the department is working to become more inclusive, but he also admitted fault.

With the Associated Press.