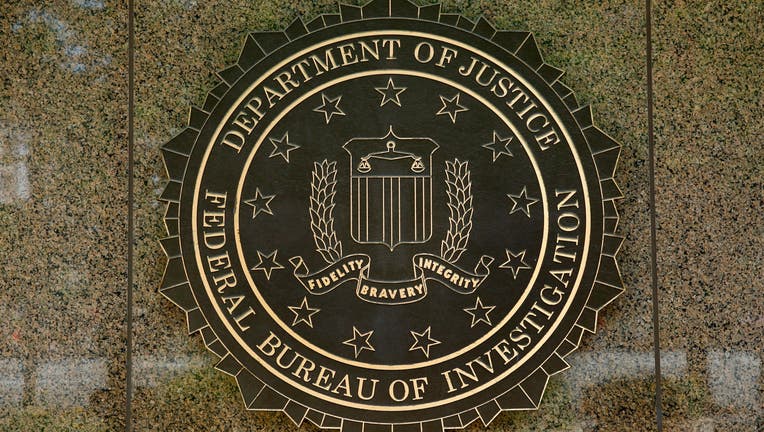 FILE PHOTO. The FBI seal is seen outside the headquarters building in Washington, DC on July 5, 2016. (Photo by YURI GRIPAS/AFP via Getty Images)

HORIZON CITY, Texas - Federal agents found multiple firearms, including a machine gun, at the West Texas home of a man accused of making online threats that included a photo of a weapon and a reference to Walmart, federal officials said Monday.

The FBI said it received a tip Friday about a social media post with a picture of a weapon and some of the text reading ”#watchoutwalmartimcoming #droplikeflys.” Agents obtained a warrant to search the Horizon City home of Alex R. Barron, 29, which turned up the weapons cache, including at least one fully automatic firearm equipped with a suppressor, according to a joint statement from the FBI and the U.S. Attorney’s Office in El Paso.

Horizon City is located about 20 miles (32 kilometers) southeast of El Paso, where a shooter on Aug. 3, 2019, opened fire at a Walmart. Twenty-three people were killed in the attack targeting Latinos, including a man who died last month from his injuries. The suspect in that shooting is awaiting trial.

Barron was being held Monday in El Paso County jail. Jail records did not list an attorney for him.