A former Round Rock High School teacher has been arrested and charged with having an improper relationship with a student.

ROUND ROCK, Texas - A former Round Rock High School teacher has been arrested and charged with having an improper relationship with a student.

36-year-old Randi Chaverria turned herself in to Round Rock police this morning. 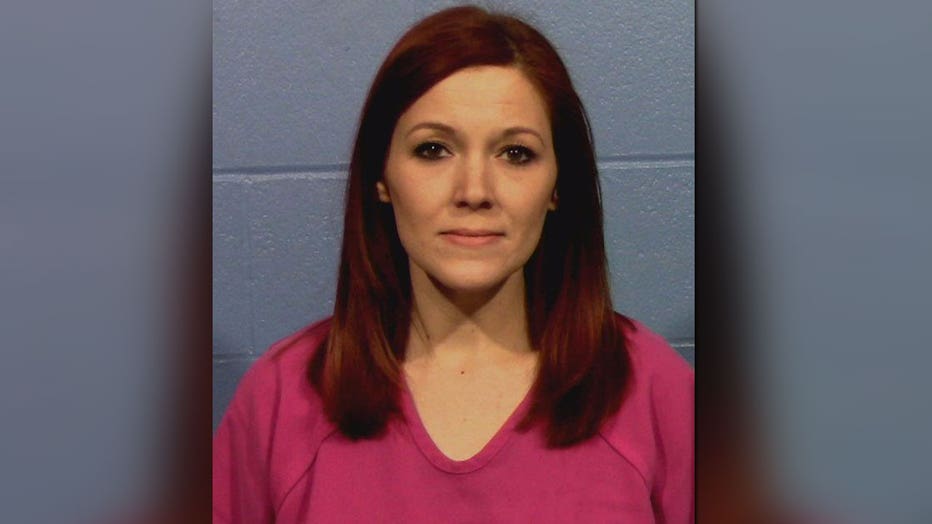 Round Rock High School Principal Matt Groff sent out a note to parents and staff about the incident saying that school administrators were first notified of the allegations against Chaverria on November 18.

The note says that once officials were notified Chaverria was reported to the District's Human Resources Department and not permitted to return to campus.

Chaverria had opted to take leave before administration received the report.

Groff goes on to say that Chaverria is no longer employed by Round Rock ISD and that the situation has been reported to the State Board for Educator Certification.

Chaverria has been bonded out according to Williamson County Jail records.

Senator Paul Bettencourt has authored legislation to fight this type of behavior from teachers.

“First off it set up a series of severe penalties specifically for the education professional involved it set up a situation where you could lose your license,” said Bettencourt.

Another issue Bettencourt is tackling is the reporting problem. He says many districts would not report this crime.

“In addition, we set up substantial penalties for school districts because they weren't reporting this type of behavior,” he said.

The Texas Education Agency says improper relationships have been on the rise in Texas over the last five years, but Bettencourt says he already can see the fruits of his labor.

“This law has been around and people who are behaving this way are literally being flushed out of the education system,” said Bettencourt.

Improper relationship with a student is a second-degree felony and Chaverria can face 2 to 20 years in prison.

The full letter is as follows:

Safety is the top priority of Round Rock High School and Round Rock ISD. Ensuring a safe and secure learning environment requires partnership between students, parents, campus and district staff, as well as law enforcement.

With that partnership in mind, we want to share some information about an incident at our campus.

Today, the Round Rock Police Department arrested Randi Chaverria, a Round Rock High School teacher, following an investigation of an alleged inappropriate relationship with a student. School administrators were first notified of the allegations on Monday, November 18. Once notified, the teacher, who had elected to take leave before administration received the report, was immediately reported to the District’s Human Resources Department and law enforcement and not permitted to return to campus.

This teacher is no longer employed by Round Rock ISD and the situation has been reported to the State Board for Educator Certification.

Per procedure for all Round Rock ISD employees, this individual was hired after passing a Texas Department of Public Safety background check and employment reference checks.

As a reminder, Round Rock ISD encourages anyone who has information tied to possible wrongdoing or inappropriate behavior to immediately contact a campus administrator, utilize the District’s Anonymous Alerts program, or reach out to law enforcement.

The Anonymous Alerts program allows students or parents to anonymously submit any sensitive or urgent student issues quickly to school officials. Students or parents can submit reports such as bullying, cyberbullying, depression, dating violence, drug or alcohol use, threats against the school, weapons on campus and more. All messages submitted remain completely anonymous. Please visit roundrockisd.org/anonymousalerts/ for more details.