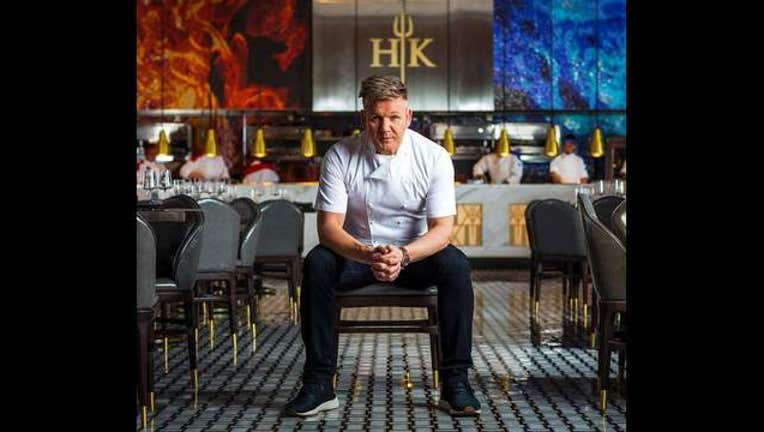 The restaurant will serve up pan-seared scallops, lobster risotto, crisp skin salmon, beef Wellington and sticky toffee pudding in the former Sage Room in Harveys Lake Tahoe, a Caesar’s-owned hotel just over the California border in the town of Stateline, Nev.

The restaurant draws its name from Ramsay’s reality TV cooking competition show, “Hell’s Kitchen,” which has aired on Fox since 2005.

“I absolutely fell in love with this area from the breathtaking views of the lake to the amazing skiing nearby, Lake Tahoe has it all. It’s a perfect location for a third Hell’s Kitchen restaurant,” he said in a statement.

Renovations of the Sage Room, a classic steakhouse that opened in 1947, are expected to start soon. The Sage Room will stay open, but will move to a space atop Harveys.

“Gordon Ramsay brings with him world-recognition, Michelin-star talent and an incomparable energy — all elements we are thrilled to bring to Lake Tahoe with the addition of Gordon Ramsay Hell’s Kitchen restaurant,” Brad Belhouse, regional president of Caesars Entertainment, “ said in a statement.