An invasive species, the Suckermouth Catfish, continues to swim in San Marcos rivers. Mitigation and research efforts are underway to try to control the population.

AUSTIN, Texas - Repair work at the Rio Vista Park spillway in San Marcos began earlier this year. Each time the water is lowered, different kinds of fish are recovered. That includes Suckermouth Catfish, also known as the Armored Catfish.

"Just in that one localized area where they had drawn the water down and remove the catfish, they were able to capture 406 of them just in the space of part of a day, during that de-watering event," said Monica McGarrity, a biologist with Texas Parks and Wildlife.

That recent mitigation effort on the San Marcos River included Texas A&M researchers. The goal is to learn more about the non-native invasive fish and to improve ways to control the population. 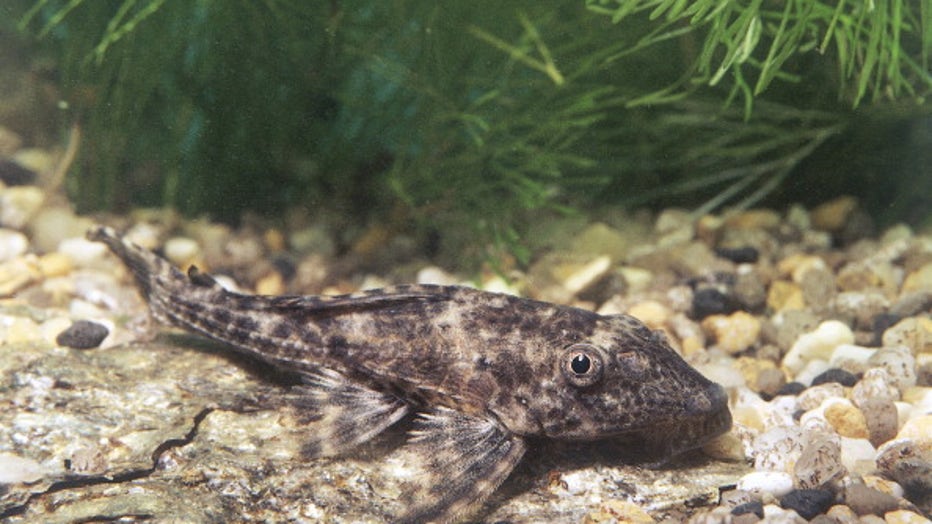 "So there have been some discussions about potentially doing research in the future on using genetically altered fish, introducing those into the population to reduce reproduction. But we aren't there yet right now," said McGarrity.

The Suckermouth, with its thick armor-like scales, burrows into river banks causing erosion. It feeds on aquatic plants- damaging habitats for native species. It's estimated there are thousands of them in the San Marcos River.  It’s no surprise to river visitors like Kim Stack and Karen Poland.

"Any time we would walk on the banks, on the rocks, we would see them. And lately we haven't been seeing them since they have been pulling them out," said Poland.

The city of San Marcos also has a mitigation program. It involves a contractor with Atlas Environmental.

While complete eradication is not possible, there's been some improvement.

"We are seeing the Texas Rice grow much more, freely, thickly up river," said Stack.

The Suckermouth has also been found in the Comal and San Antonio rivers as well as around the Houston area. These catfish are native to South America, and they didn't get to Texas by swimming. They are a popular Aquarium fish and sometimes when they get too big the owners come to rivers and dump them out. McGarrity said there are better options.

"When you're considering buying a fish, learn about the fish, learn how big that fish could possibly get and whether you're going to be able to keep it for a lifetime. And then, if the fish does grow too large, or you're no longer able to keep it, then you can try to return it to a fish, aquarium store. Sometimes even an aquarium store like a local mom-and-pop aquarium store that didn't actually sell you the fish might be willing to take it back from you. And unfortunately, if you're not able to find a home for it or trade it to another aquarium, hobbyists then euthanizing the fish is a better option than releasing it into the wild," said McGarrity.

Mitigation efforts in the San Marcos River include a regular pole spear fishing tournament. The most recent happened in February with about 400 armored catfish collected. The next one is in November.