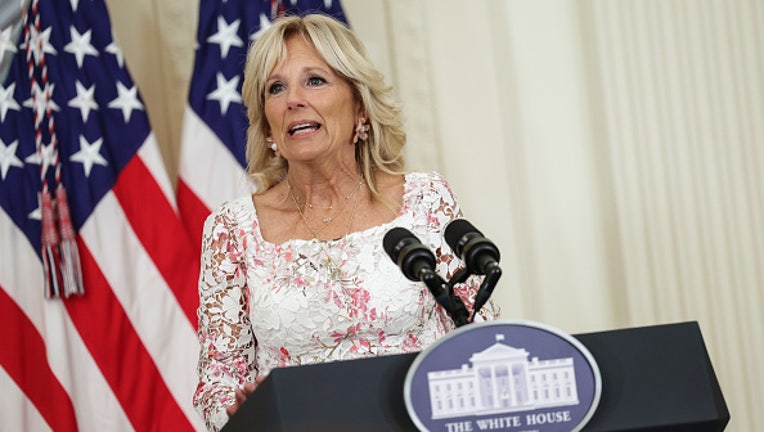 SAN ANTONIO - First Lady Jill Biden apologized Tuesday after she said during a San Antonio speech that the Latino community was "as unique as the breakfast tacos" in the city.

"The First Lady apologizes that her words conveyed anything but pure admiration and love for the Latino community," her spokesperson, Michael LaRosa, said in a tweet.

Biden made the comment Monday while addressing the annual conference of UnidosUS, a Latino civil rights group.

"The diversity of this community — as distinct as the bodegas of the Bronx, as beautiful as the blossoms of Miami and as unique as the breakfast tacos here in San Antonio — is your strength," Biden said.

The National Association of Hispanic Journalists said in a statement that Biden's comment demonstrated "a lack of cultural knowledge and sensitivity to the diversity of Latinos in the region."

"We are not tacos," the statement said.

The comment also drew criticism from Republicans who are trying to build new support with Hispanic voters in Texas this election cycle. The GOP had already criticized Biden's appearance because it came at a luncheon whose name included "Latinx," a term that many Hispanic Americans do not prefer, according to polls.

"While the Democrat Party concerns itself with utilizing unpopular terms and reducing Hispanics to stereotypes, the GOP will continue to make inroads with the Hispanic community across the state," Macarena Martinez, a spokesperson for the Republican National Committee, said in a statement.