Manatees are dying at an alarming rate in Florida this year, especially in one Central Florida county.

According to the latest report from the Florida Fish and Wildlife Conservation Commission (FWC), 403 manatees have died statewide this year -- 168 of those have occurred in Brevard County, making it the county with the most manatee deaths.

In comparison to a 2020 report during the same time of year, the FWC reported only 85 manatee deaths in Florida. Brevard County had 26 of those, once again becoming the county with the most manatee deaths.

According to the Orlando Sentinel, the FWC is investigating the high mortality in the central and south Atlantic coastal regions of Florida.

They also spoke with the St. Johns River Water Management District, who said that a reduction in seagrass in the Indian River Lagoon could be the primary cause. 58 percent of seagrass there has disappeared since 2009 mostly due to increased nutrients in the water. 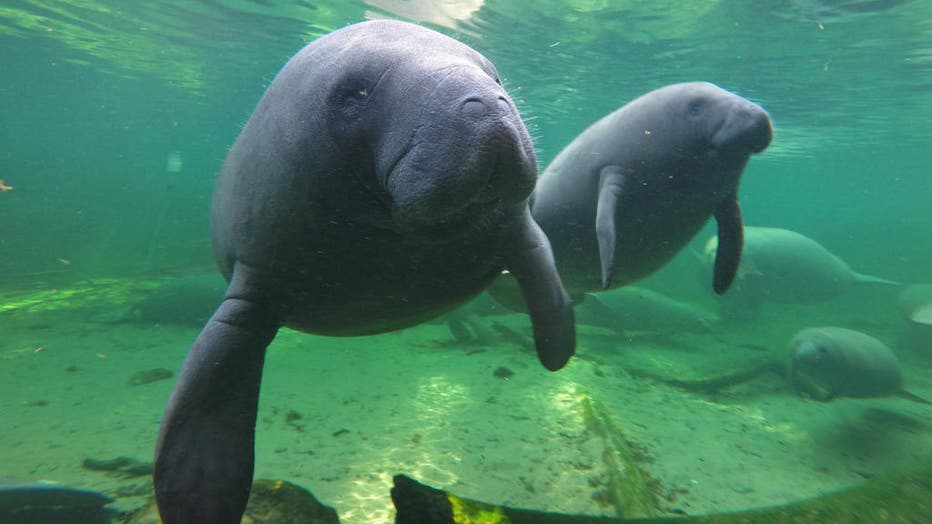 Manatees find refuge in the warm waters of Blue Spring located at Blue Spring State Park, Orange City, Fla., in a 2015 file image. Manatees, which recently were moved from the U.S. endangered list to the less dire status of threatened, appear on trac

Save the Manatee, a nonprofit that works to protect manatees and their habitat, elaborated on the status of the Indian River Lagoon in an op-ed piece.

"As the direct result of human derelictions over many decades, the lagoon has suffered a series of harmful algal blooms, leading to massive losses in seagrass coverage and, in turn, the deaths of a heart-rending number of manatees," they wrote. "Since December 1, 2020, over 300 manatees have died on the greater Atlantic Coast of Florida, with 200 or more of those from the six Florida counties that make up the 156 miles of the IRL. Brevard County mortality is especially grave."

They call for the FWC to:

The FWC reported 637 manatee deaths in Florida for the entirety of 2020.