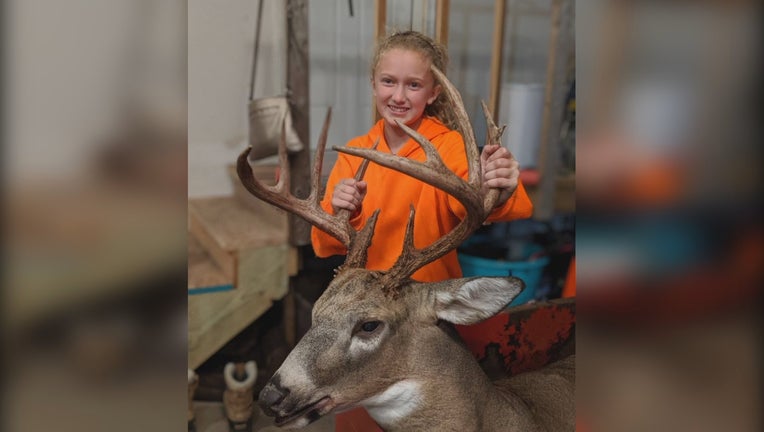 CHISAGO CITY, Minn. (FOX 9) - Deer hunting trends in Minnesota may be on the decline, but one Chisago City girl is keeping the tradition alive with a remarkable first hunt.

A 11-year-old girl from Chisago City, Minnesota bagged a 12-point buck during her first hunt.

“They can’t really believe it, they just kind of sit and laugh when I show them the picture,” said Luke Mickelson, Lilly’s father, shared of his friends’ reactions.

It was from their Chisago City backwoods, 10 minutes from home, Lilly and her dad put their target practice to use, thanks to Lilly’s good eye.

“He didn’t see [the deer] at first, so I had to point it out to him,” said Lilly. “We were both shocked, and we were trying to get a good aim.”

After more than two hours of waiting, a stunning 12-point buck pranced into plain view.

“I hit it in the back, so I broke its back and had to go up to it again and shoot it a couple times before it died completely,” she nodded.

Just barely a preteen, Lilly is already a good shot.

“I couldn’t have been any more proud of her and am still in shock,” confessed Luke Mickelson.

“It was my first deer and my first time going out hunting with me shooting. So, I was just nervous that I’d miss or something,” said Lilly. 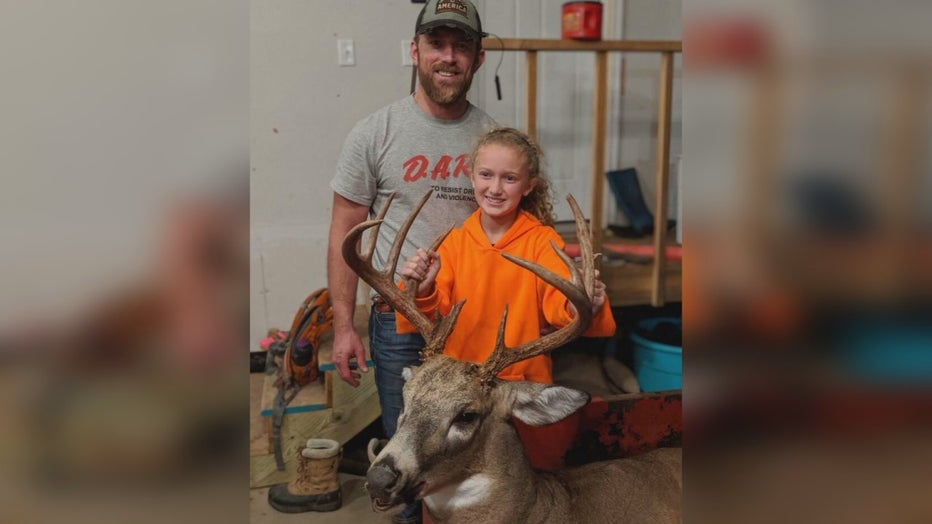 Lilly Mickelson poses with her dad after shooting a 12-point buck. (Mickelson Family)

“I was pretty jealous,” said Benji Kohn, a Minnesota DNR spokesman. “A bigger buck than I’ve ever shot."

“Having an overpopulation of deer is bad for farmers and hurts their crops and it’s bad for other land management practices,” said Kohn.

This year the DNR expanded their hunting license program statewide so more families can pick up the declining sport.

“In Minnesota, up to the mid ‘80s, about 16 percent of the population 16 and older hunted in Minnesota. Today we hover around 11 percent, even though our population has grown by nearly 1 million people! One bright spot – from 2000 to 2015, we saw an increase of 20,000 hunting licenses sold to women,” added Kohn.

With the statewide expansion, the DNR sold nearly 28,000 youth hunting licenses before opening day this year, which marks a 44 percent increase of youth license sales over the last five years.

“I encourage other dads - especially with daughters - to take them out hunting. It’s a great thing to share with them,” said Luke Mickelson.

He says it’s fun to show friends that Lilly might now be the best hunter they know.

“I just kind of laugh and say well, I just got lucky,” said Lilly.