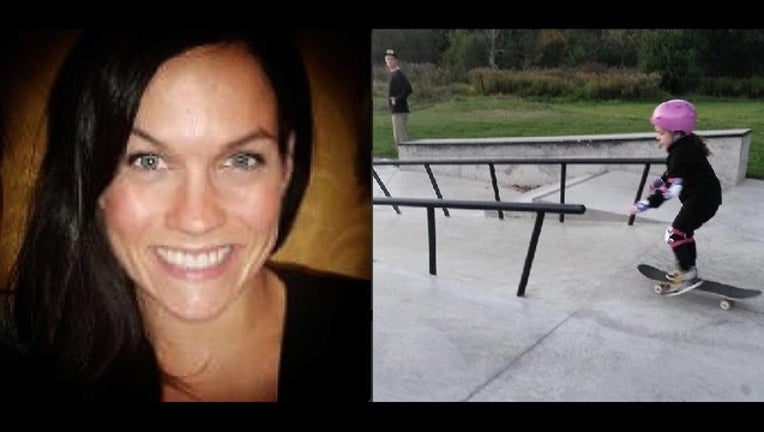 Credit: @JeaneanThomas/Twitter -- Both pictures were posted to Thomas's Twitter page -- the first is her default image and second of her daughter Peyton was posted along with her letter to the teenage boy at the park.

CANADA (WTXF) - A mother wrote a letter to a teenage boy who helped her daughter learn to skateboard and it is quickly going viral.

According to Buzzfeed, 6-year-old Peyton said recently, “I wish I could skateboard.”

However, she thought the activity was just for boys.

“We had a long talk about how there are no such thing as ‘Boy things’ and ‘Girl things,’ there are just things,” Peyton’s mom Jeanean Thomas said.

Thomas gave Peyton her old skateboard and took her to their local skate park located in Cambridge, Ontario.

When the two arrived, they saw a group of teenage boys skating, smoking, and swearing, according to Buzzfeed.

Thomas eased her worries, saying it didn’t matter and Peyton began to skate. Soon, one of the boys came over.

“I immediately prepared to deliver my ‘She’s allowed to use this park just as much as you guys’ speech,” Thomas wrote in her letter to the boy after the experience, which she posted to Twitter. However, the boy simply told Peyton, “Your feet are wrong. Can I help you?”

“You proceeded to spend almost an hour with my daughter showing her how to balance and steer, and she listened to you – a feat not attained by most adults!” Thomas wrote.

“I want you to know that I am proud that you are part of my community, and I want to thank you for being kind to my daughter, even though your friends made fun of you for it.”

“She left the skate park with a sense of pride and with the confidence that she can do anything, because of you.”

Thomas spoke to Buzzfeed Canada saying, “When we were leaving the park I said, ‘That was really nice of that boy to help you like he did.’ She said ‘Yeah,’ and then turned around and ran back to him and said ‘Thank you!’ and smiled.”

Now, Thomas says that Peyton skateboards all the time.

“If it interests you, you can do it,” she said. “Your gender doesn’t matter, how you treat others is what matters.”