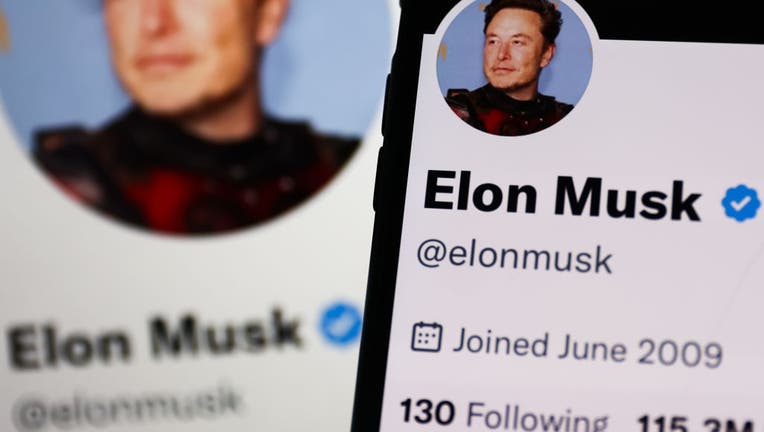 Elon Musk account on Twitter displayed on phone and laptop screens is seen in this illustration photo taken in Krakow, Poland on November 14, 2022. (Photo by Jakub Porzycki/NurPhoto via Getty Images)

Twitter owner and CEO Elon Musk would not rule out the possibility of opening a Twitter headquarters in Texas, according to a new report.

Tech website The Verge reports that during a meeting Musk said he was not considering completely moving the company to Texas, but he would not rule out adding a second Twitter HQ in Texas in addition to the one in San Francisco, California.

The Verge says they spoke to two employees and obtained a partial recording of an all-hands meeting Musk held with employees this week.

Texas governor Greg Abbott seemed intrigued by the news, posting the eyeball emoji on Twitter to a story about the idea.

Since taking over Twitter on Oct. 28, Musk has booted half of the company's full-time staff of 7,500 and an untold number of contractors responsible for content moderation and other crucial efforts. He fired top executives on his first day as Twitter's owner, while others left voluntarily in the ensuing days.

If a Twitter HQ is opened in Texas it would not be the first time Musk made a move to the Lone Star State.

Tesla moved its headquarters from Palo Alto, California to Austin, Texas in Dec. 2021.

Musk's SpaceX also has a launch site in South Texas and has plans to build a testing facility near Waco.