No injuries or damages were reported during this incident, which remains under investigation and additional charges may be pending, says the New Braunfels Police Department.

The New Braunfels Police Department says the incident began around 8:15 p.m. Nov. 12 when officers were called to the 1500 block of Lahn Road for a report of shots fired. Officers found a number of spent bullet casings in the middle of the road and determined the shots had been fired from a silver SUV occupied by "several males."

No injuries were reported and no damages were found. The SUV was also unable to be found at first following the shooting.

However, less than an hour later, officers responded to the 100 block of Luckett Drive where a similar vehicle, occupied by three males possibly with firearms, had been reported. When officers arrived, they found a silver 2020 Toyota RAV 4 which had been reported stolen.

The vehicle fled from officers attempting to initiate a traffic stop, heading down Post Road to Business 35. NBPD says this pursuit continued until the vehicle "failed to negotiate the turn" at South Business 35 and Spur Street, leaving the roadway and crashing into a brushy area of the median.

All three occupants then attempted to flee on foot, with two running across Spur Street towards Hidalgo Avenue and one hiding in the wooded brushy area of the median. The two that ran were apprehended by officers and the third was located and apprehended using NBPD drones and K-9 officers, says police. 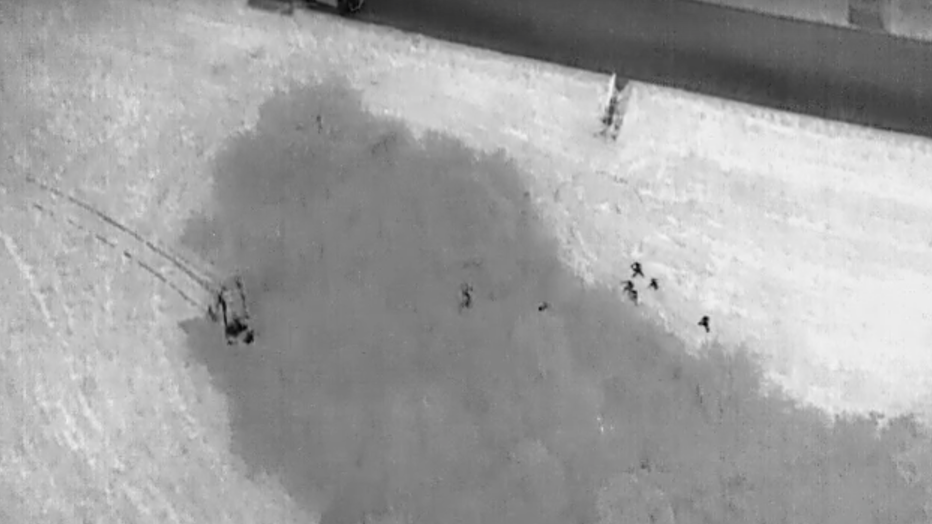 One of the suspects, a 15-year-old male, was found hiding in the wooded brushy area of the median and apprehended using New Braunfels police drones and K-9 officers. (New Braunfels Police Department)

A handgun with ammunition consistent with the shell casings found on Lahn Road was found during a search of the vehicle.

Two of the males that were apprehended were juveniles, both of New Braunfels. The 14-year-old driver was charged with unauthorized use of a motor vehicle and evading with a vehicle. The 15-year-old front seat passenger who attempted to hide in the woods was charged with evading on foot, theft (between $2,500 and $30,000), and unlawfully carrying a weapon. Both of them were taken to the Guadalupe County Juvenile Detention Center.

The third suspect, identified as 19-year old Jaydavon Aguirre of New Braunfels, was transported to the Comal County Jail and charged with evading on foot and theft (between $2,500 and $30,000). As 12:15 p.m. Nov. 13, bond had not yet been set and he remains in custody. 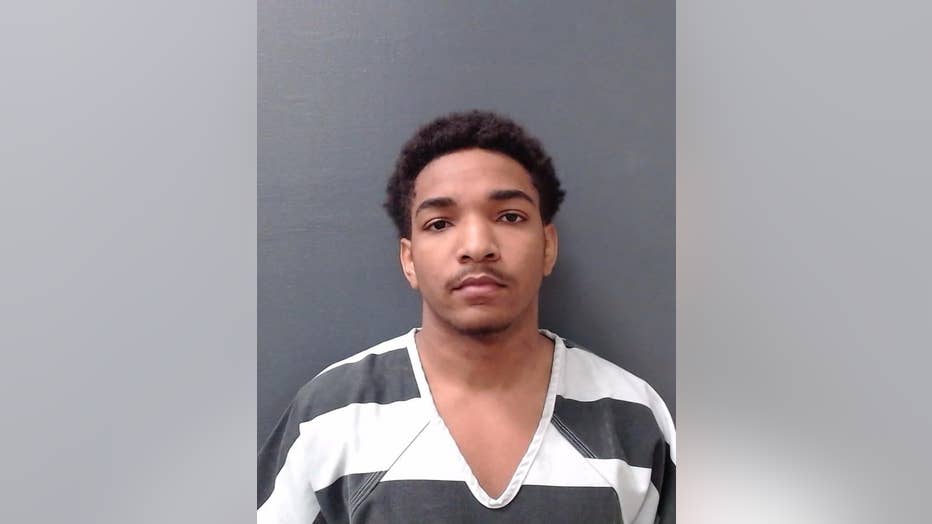 No injuries or damages were reported during this incident, which remains under investigation and additional charges may be pending, says the New Braunfels Police Department.