Reginald Kimbro was set to go to trial next week for the 2017 rape and murder of 22-year-old Molly Matheson. He also pleaded guilty on Friday in the murder of a Plano woman and multiple other rapes across the state. It was a sudden turn of events this week in a yearslong case.

FORT WORTH, Texas - A North Texas serial rapist and murderer will spend the rest of his life behind bars after admitting he's guilty of two murders.

Reginald Kimbro was set to go to trial next week for the 2017 rape and murder of 22-year-old Molly Matheson.

Kimbro also pleaded guilty on Friday in the murder of a Plano woman and multiple other rapes across the state.

It was a sudden turn of events this week in a yearslong case.

Tracy and David Matheson got a phone call from lawyers prosecuting the case against the person who took their daughter’s life.

"I got a phone call Wednesday probably about noon time from the prosecutors, and they were on together," Tracy recalled. "And they said, ‘We have news. We heard from the defense he’s offering to plead guilty.’"

"Well, it's shocking. And we've had this case for five years," said Allena Bangs with the Tarrant County DA.

The Tarrant County DA's Office and local law enforcement started their investigation after the rape and murder of 22-year-old Molly Matheson in April 2017. 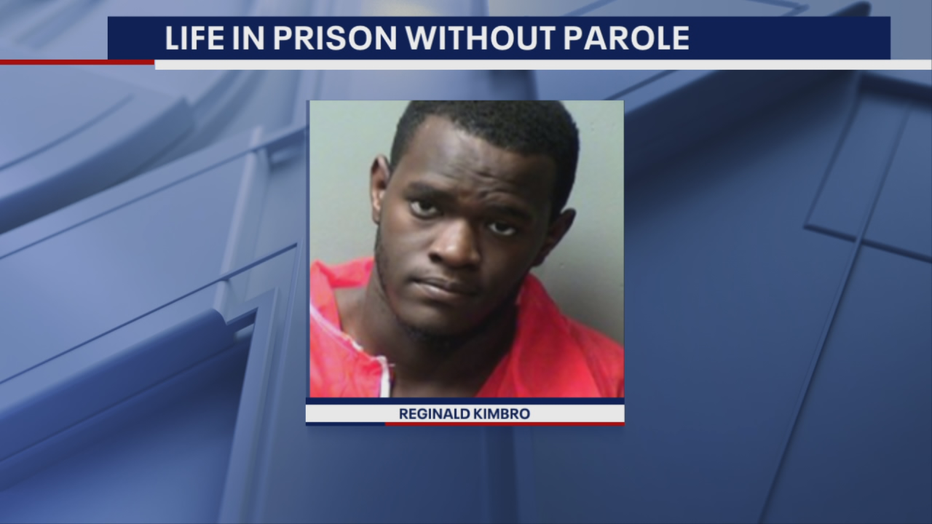 Molly and Reginald Kimbro had dated in college but not been in a relationship for years.

Days after Molly’s murder, Kimbro raped and murdered 36-year-old Megan Getrum of Plano while she was on an evening hike near her home.

Investigators would soon learn Kimbro had been accused years before, but not yet charged, in multiple other rape cases in different jurisdictions.

Ultimately, Kimbro was indicted in the other rape cases. Molly’s case was set to go to trial two years ago, but then COVID happened.

"We were set to start trial on March 16 of 2020, and the end of the shelter in place happened that day. And so, we were stalled out for two years," Bangs said.

While prosecutors and the Mathesons were prepared to finally take it to trial this year, the guilty plea brought them something they likely would not have gotten out of a conviction.

"I didn’t anticipate that that was going to matter to me so much," Tracy said. "But having gone through today and listening to him say ‘guilty, guilty, guilty’ and ‘yes, yes, yes’ to all of the questions that he was asked and to know that that is on the record and everyone heard it and it is done, there’s no story after this. He did it. He did all of it. He said so. And now he will serve the rest of his life in prison. Justice has worked."

And the Mathesons now want justice to work for others.

In 2019, Tracy and David pushed to get Molly Jane’s Law passed in the Texas Legislature. It requires law enforcement to input suspect information into a national database.

"By doing them, we are bringing Molly’s light. We are taking the darkness, and we’re bringing light to it," Tracy said. "And by helping to change the conversation about sexual assault and empowering survivors to find their voices, that is something that molly would be behind 110%."

By pleading guilty, prosecutors point out there won’t be the extensive appeal process that drags on, especially if the sentence was death.

There will be another hearing Tuesday morning that will give additional victims an opportunity to speak in court.