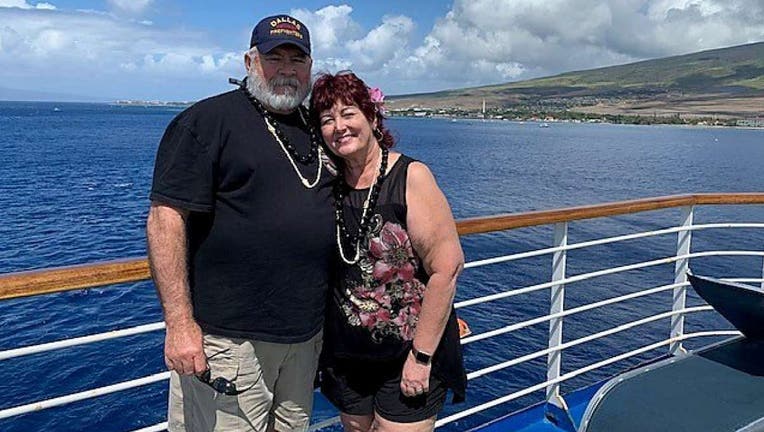 DALLAS - A North Texas woman is suing Princess Cruise Lines for exposing her and her husband to the coronavirus. It later caused his death.

According to the lawsuit, Susan Dorety and her husband, Michael, boarded the Grand Princess cruise ship in San Francisco in February to celebrate their 40th wedding anniversary.

She said they were not warned that passengers who had COVID-19 symptoms had just disembarked and that 60 others who were exposed remained on-board the ship.

The lawsuit alleges they also weren’t warned that a crew member with COVID-19 symptoms had gotten off the ship in Hawaii.

“It is shocking to me that a cruise line that had just discharged coronavirus-infected passengers took onboard a new group of passengers to then mingle with others who had been exposed. Princess had notice of the dangers, the Doretys did not,” said Rusty Hardin, the Dorety’s attorney.

The lawsuit states the Tarrant County couple was placed in quarantine on the ship off the coast of California. That’s when Michael Dorety became sick.

As his health declined, Susan Dorety said she called the ship's emergency line for help and no one responded. When a doctor finally visited their cabin, he prescribed Tylenol and Tamiflu but did not tell the couple they could leave the ship for medical treatment, according to the lawsuit.

His wife also got sick but recovered. She is now seeking damages for gross negligence and other unlawful acts.

“The behavior of Princess Cruise Lines is all the more outrageous because just a few weeks earlier, one of their ships had a coronavirus outbreak infecting 700 people while docked in Japan,” the family's attorney said. “This cruise line company put money ahead of its passengers’ well-being, and it cost Michael Dorety his life.”