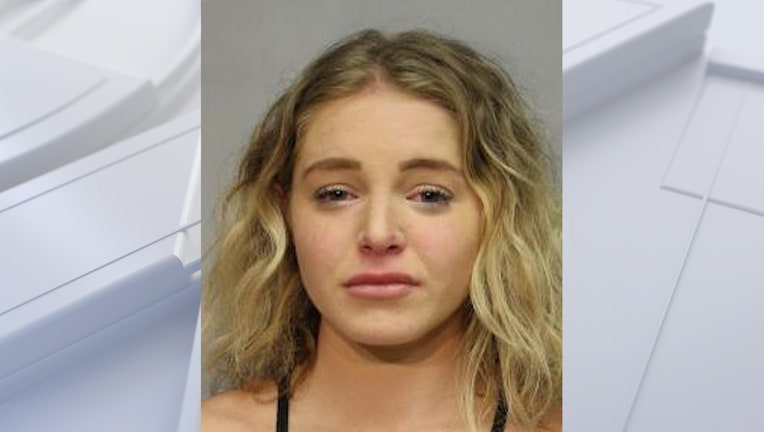 Lawyers for Miami OnlyFans model turned alleged boyfriend killer Courtney Clenney told Fox News Digital that they can prove she was the victim of domestic violence — and an expert says this could lead to a courtroom win.

Frank Prieto and Sabrina Puglisi, who are representing Clenney, say the Instagram star was forced to stab Christian Obumseli with a kitchen knife April 3 in her luxury high-rise apartment in a "struggle for her life."

"She reconciled with her abuser and things got toxic again," Prieto told Fox News Digital. "That is the pattern that is going to come out very clearly during the trial that she was victimized here both mentally and physically and acted in self-defense."

The 26-year-old, who goes by Courtney Tailor on social media, boasts more than 2 million Instagram followers and a thriving OnlyFans page.

Her lawyers spoke to Fox News Digital days after the Miami-Dade State Attorney’s Office released new evidence in the case — including police bodycam footage showing a distraught Clenney tell officers that Obumseli was stalking her just two days before his alleged murder.

Albert Levin, a Miami-based criminal defense lawyer who is not involved in the case, said she could have a powerful defense if her team can prove she was a victim of abuse.

"She’s going to have to testify about prior incidents of violence and that she was in fear of her life," he said. "But the case will hinge totally on her credibility."

A security guard called 911 April 1 and can bee seen in the footage telling responding officers, "Her boyfriend comes charging toward her" and staff had to step in between them.

Clenney, standing beside the guard in a Fendi bikini top, added that Obumseli had been stalking her for a week, sleeping on a sofa in the foyer of her apartment without permission.

"I have not always been a victim, but like right now I am the freaking victim in this situation," she said, her voice trembling with emotion. "I want a restraining order."

An officer asked her why she was scared of the 27-year-old cyptocurrency trader and whether Obumseli ever been physically violent toward her.

She said he had but that her concern at the moment was the stalking. Police did not ask any follow-up questions about the alleged physical abuse — a shocking failure, according to Pugilisi.

The volatile pair reconciled hours later, but the truce was short-lived.

"I’m going to die. I can’t feel my arm," he can be heard saying.  In between hysterical sobs Clenney responded, "Baby, I’m so sorry!"

Larry Handfield, an attorney for Obumseli’s family, did not return requests for comment but told other media outlets that the apology was an admission of guilt.

Days after the alleged murder, Clenney was spotted at a hotel bar having drinks with her father.

In a decision that sparked public outrage, it took authorities more than four months to charge Clenney with Obumseli's murder. She was arrested in Hawaii, where she had checked into a treatment center for substance abuse and PTSD.

The police had been called to their apartment repeatedly for domestic disputes before the fatal altercation. During a trip to Las Vegas in the summer of 2021, Clenney was arrested for allegedly throwing a glass at Obumseli’s head during a spat at a hotel.

The turbulent romance ended on April 3 when Clenney allegedly plunged a knife into Obumseli’s chest, slicing his subclavian artery, during an argument.

Clenney’s alleged claim to police that she had thrown the knife from 10 feet away contradicted the medical examiner’s conclusion that she had stabbed him at close range, according to Rundle.

Prieto said that the state attorney "overstated tremendously" the report’s findings and added that "the medical examiner isn’t an expert in knife throwing."

Clenney’s lawyers also slammed Rundle’s decision to release surveillance video taken from the building’s elevator six weeks prior to the alleged murder showing the petite blonde repeatedly hit Obumseli as he tried to restrain her.

The troubling optics, though, are another piece of evidence that they say bolster their case. Clenney is simply trying to keep him out of an elevator that opens directly into her apartment, according to Prieto.

The social media star has been locked up since her extradition from Hawaii and her attorneys plan to make a fresh bid for bail in the coming weeks.

"Her being a victim in this case, her defending herself, it’s very difficult on the psyche of an innocent person to be incarcerated without bond," he said.

Sarah Rumpf contributed to this report. Read more of this story on FOX News.