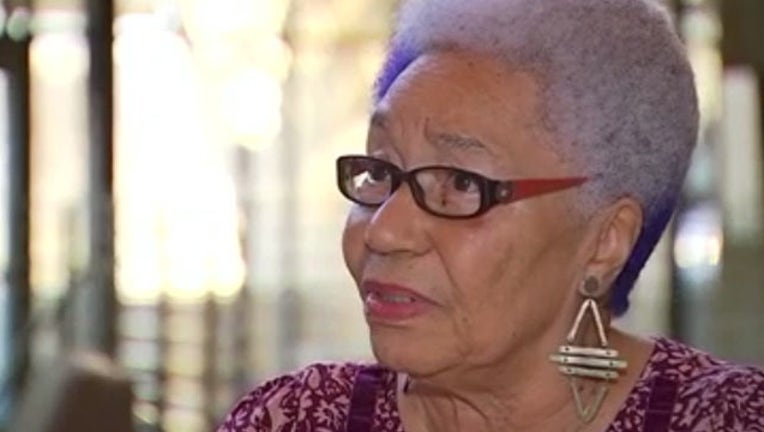 In the decades after the Civil War, up to the beginning of the 20th century, Austin’s negroes lived in 15 freedmen communities they established throughout the city. Many of the freedmen communities included Mexicans and poor whites. Freedman communities located west of East Avenue (today’s I-35), included Clarksville, Kincheonville, the Wood Street Settlement at Shoal Creek, and Wheatville. Many descendants of former slaves also resided in the area east of East Avenue.

In 1917 the Supreme Court ruled zoning laws that segregated were illegal. Interested cities, like Austin, had to develop other ways to segregate the growing population of negroes. The “1928 Master Plan” was funded by the City of Austin to define a citywide land use blueprint. The plan was written by outside consultants Koch and Fowler. Their plan recommended all of Austin’s negroes be moved to one area to save money and to solve Austin’s desire to segregate the races. The all-white, all male, City Council adopted the Master Plan on March 22, 1928.

Page 57 of the 1928 Master Plan states:
“In our studies in Austin we have found that the negroes are present in small numbers, in practically all sections of the city, excepting the area just east of East Avenue and south of the City Cemetery. This area seems to be all negro population. It is our recommendation that the nearest approach to the solution of the race segregation problem will (be) the recommendation of this district as a negro district; and that all facilities and conveniences be provided the negroes in this district, as an incentive to draw the negro population to this area. This will eliminate the necessity of duplication of white and black schools, white and black parks, and other duplicate facilities for this area.

Why bring up this inexcusable act from the past? Why include this detail in our conversations about our city 90 years later? George Santayana said “Those who cannot remember the past are condemned to repeat it.” We all – all hues of Austinites – must confront the facts of how our past has shaped our present and will shape our future. We must also learn from history to build a better, more just future for all Austinites.

The master plan publicly acknowledged that it would save the city money. The plan had two specific effects. Negroes were isolated in the Negro District. The plan also took control of property owned by negroes outside the Negro District. Negro land and homes in other parts of Austin were made available to white land speculators and developers for pennies on the dollar. The land use blueprint of the 1928 Master Plan shaped Austin’s future – our city today.

The 1928 plan was the architecture of a city for which Austin City Council wanted land for the growing center city and a city without minorities. Minority rights and minority wealth were sacrificed for the “greater good” – as defined by Austin’s powerful. Today a similar change is occurring. The legal force of the 1928 Master Plan has been replaced by economic forces. Economic forces the city either encourages or does not discourage: increase density, increased value of the land, and population growth.

The proposed CodeNEXT master plan is not the 1928 Master Plan. However, CodeNEXT will legitimize the economic, social, and political forces which drive density, maximum land values, and population growth. As proposed, CodeNEXT will accelerate, amplify, and increase the displacement of individuals and the transfer of their residences and land. The major impact of both plans is the same: minorities and the less affluent lose their property and homes today and their opportunity to build wealth for tomorrow.

What do I hope the City of Austin gains from remembering the 1928 Master Plan?

My basic hope is Santayana’s: to learn from history. Austinites new to the city as well as those who have lived here all of their lives, must remember our past. Through remembering we will avoid repeating our mistakes and replicate our positive actions. The declarations of the 1928 Master Plan to create a Negro District, should never be a surprise to Austinites. The knowledge of what was intentionally done 90 years ago should help us avoid harming members of our community today and tomorrow.

I am proud of the progress Austin has made since 1928. However, we must also realize that today’s Austin does not treat all Austinites with equal respect and concern.

Commemorating the 1928 Master Plan should energize Austinites to participate in city government and in their community. The foundation of my service on city council is to encourage citizens to engage their local government. I hope that knowing what our city was capable of doing 90 years ago will arm and alarm all Austinites to monitor the actions at City Hall. We should watch out for our own self-interests but also protect the rights of all Austinites.

Austinites should understand a land use plan is important. CodeNEXT will shape Austin’s future, just as forcefully as the 1928 Master Plan shaped our city. CodeNEXT is not some mysterious plan drawn up by consultants and staff. We must be aware of what consultants are proposing in 2018 - proposals that will shape the future of our city, just as Koch & Fowler did in 1927. CodeNEXT requires our careful inspection and our understanding of its consequences. Commemorating the 1928 Master Plan should motivate all Austinites to assess and judge CodeNEXT’s land use plan.

Finally, I hope remembering the 1928 plan will encourage us to think about caring for each other. Remember, we are members of the same vibrant, exciting, optimistic city. We are part of one race – the human race. Each individual must consider how government actions, or inactions, can harm our fellow Austinites. Or how government can improve our lives and our city.