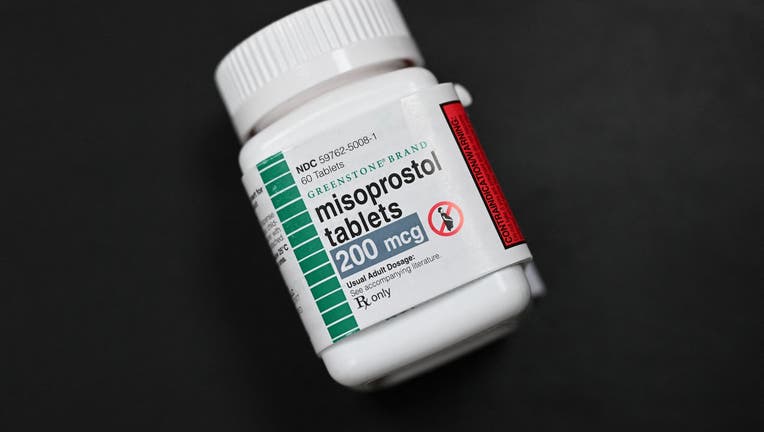 Misoprostol, one of the two drugs used in a medication abortion, is displayed at the Women's Reproductive Clinic, which provides legal medication abortion services, in Santa Teresa, New Mexico, on June 17, 2022. Mifepristone is taken first to stop th

AUSTIN, Texas - Abortion opponents who helped challenge Roe v. Wade filed a lawsuit Friday that takes aim at medication abortions, asking a federal judge in Texas to undo decades-old approval of the drugs that have become the preferred method of ending pregnancy in the U.S.

Even before the Supreme Court struck down the constitutional right to an abortion earlier this year, the use of abortion pills had been increasing in the U.S. and demand is expected to grow as more states seek abortion limits.

The lawsuit was filed by the Alliance for Defending Freedom, which was also involved in the Mississippi case that led to Roe v. Wade being overturned. The lawsuit argues the U.S. Food and Drug Administration erred in approving the drugs mifepristone and misoprostol and overstepped its authority in doing so.

The lawsuit was filed in federal court in Amarillo, Texas. The state banned abortion after the Roe decision and is among the states where GOP lawmakers have banned mail delivery of the pills.

The number of medication abortions has increased since regulators started allowing them and now account for roughly 40% of U.S. abortions. The medication can cost as little as $110 to get by mail, compared with at least $300 for a surgical abortion. Research has shown the pills are safe.

However, people seeking abortion pills often must navigate differing state laws, including bans on delivery of the drugs and on telemedicine consultations to discuss the medication with a health care provider. And until Democrat Joe Biden became president, U.S. government policy banned mail delivery nationwide.

Abortion medication is approved for use up to the 10th week of pregnancy. The pills may be taken in a doctor’s office or clinic, where patients sometimes have an ultrasound or lab tests beforehand.

Mifepristone is taken first, swallowed by mouth. The drug dilates the cervix and blocks the effects of the hormone progesterone, which is needed to sustain a pregnancy.

Misoprostol, a drug also used to treat stomach ulcers, is taken 24 to 48 hours later. The pill is designed to dissolve when placed between the gums and teeth or in the vagina. It causes the uterus to cramp and contract, causing bleeding and expelling pregnancy tissue.