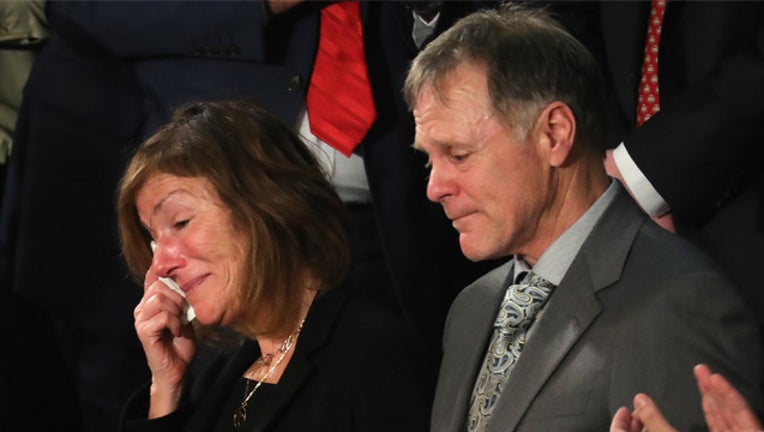 Parents of Otto Warmbier, Fred and Cindy Warmbier are acknowledged during the State of the Union address in the chamber of the U.S. House of Representatives January 30, 2018 in Washington, DC. (Photo by Chip Somodevilla/Getty Images)

Fred and Cindy Warmbier filed the lawsuit Thursday in the U.S. District Court in Washington, D.C.

The lawsuit seeks compensation for the death of Otto Warmbier, who was arrested by North Korean authorities in January 2016 for stealing a propaganda poster and sentenced to 15 years in prison. He died in June 2017, days after he was repatriated to the U.S. with severe brain damage.

Fred Warmbier said in a statement that his son "was taken hostage, kept as a prisoner for political purposes, used as a pawn and singled out for exceptionally harsh and brutal treatment by Kim Jong Un."