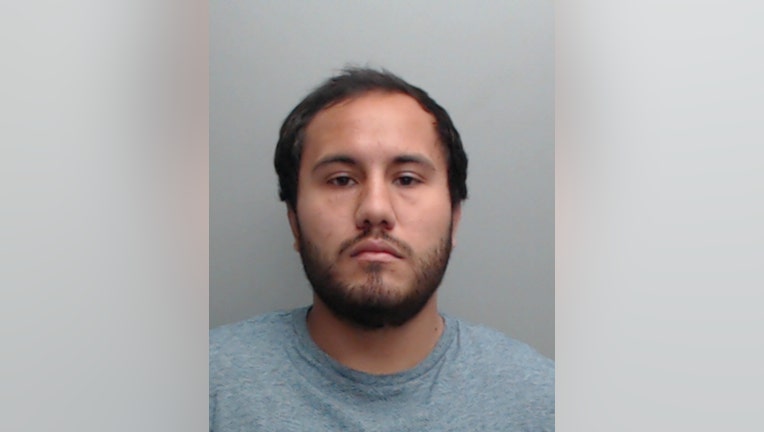 SAN MARCOS, Texas - A suspect involved in a February hit-and-run accident that left one man dead has turned himself over to authorities.

Antonio Rene Alonzo, 23, turned himself into the San Marcos Police Department over the weekend after a warrant was obtained for his arrest concerning an "Accident Involving Death."

According to police, Alonzo is the suspect from a February 29 hit-and-run accident that killed Eligio Vasquez of San Antonio.

SMPD said that except for not reporting the collision, Alonzo was helpful and forthcoming to the investigation.

“We’re thankful to the community for helping us solve this case which resulted in the death of Mr. Vasquez,” said Interim Police Chief Bob Klett. “Our condolences continue to go out to his family and friends.”

SMPD also says the arrest was only possible after a citizen recognized the red Chevrolet truck involved in the crash.