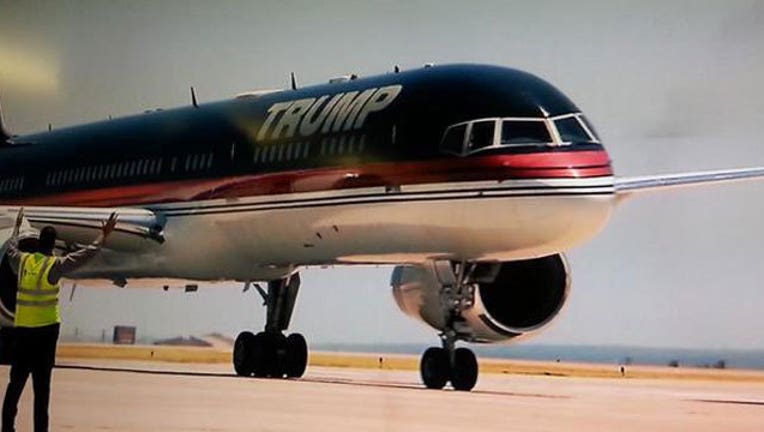 Trump has been very outspoken about his plans to increase border security and he stood by that when he spoke Thursday.

Trump said he was invited to Laredo by the Nation Bordet Patrol Council. However, Thursday morning the Union that represents Border Patrol said they could no longer be a part of any of Trump's plans there. Trump decided to tour part of the border anyway.

During his time in Laredo, the Presidential hopeful said illegal immigrants are a great danger to Americans.

Trump said building a wall along parts of the border is one of the ways he would like to secure it.

Previously Trump has come under fire for saying Mexican immigrants were murderers and rapists. He later clarified he was speaking only about illegal immigrants.

Trump said thousands of Hispanics work for him and he has a good reputation with them. He believes he will win the Hispanic vote if he gets the Republican nomination.

Trump said the only reason he is visiting the border is because Border Patrol wants to honor him for speaking up about problems there.

Trump said he wants to run as a Republican, but if he is not treated fairly by the GOP then he could run as a third party candidate.

He believes he will beat Hillary Clinton if they faced one another in an election. In fact, Trump called Clinton, "The worst Secretary of State in the history of our country."

Trump is leading Republican candidates in the polls.