Army Corporal R.B. Cherry was reported missing in action on November 27, 1950, near Anju, North Korea. The 19-year-old Dallas native died of pneumonia while a prisoner of war. Friday, his remains were finally buried back home.

DALLAS - The remains of an American soldier who died in the Korean War were buried at Dallas-Fort Worth National Cemetery Friday.

Army Corporal R.B. Cherry was reported missing in action on November 27, 1950, near Anju, North Korea. The 19-year-old Dallas native died of pneumonia while a prisoner of war.

"Corporal Cherry and the 24th infantry division was in heavy fighting in the northern most part of Korea," explained U.S. Army Brigadier General Ronald Ragin. "It was said that he was taken as a prisoner of war."

Cherry was part of an all- Black division in a segregated army fighting North Koreans. He was held at a place called Camp Five, where he suffered in the elements dying from pneumonia in 1950. He was buried near the camp. 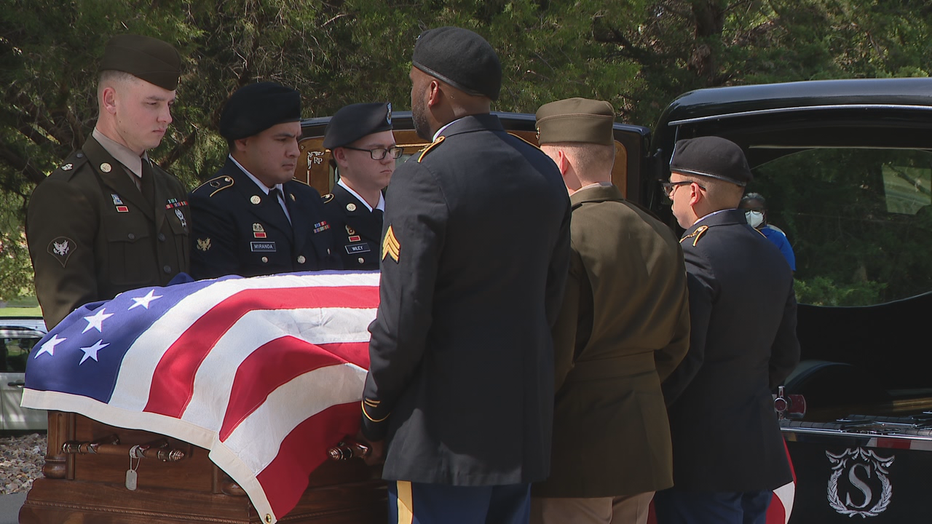 Thousands of remains were turned over to the U.S. in 1956.

Cherry initially was not identified. He was interred as X-13460 at the National Memorial Cemetery of the Pacific in Hawaii.

In 2018, the Army took DNA samples from a now-deceased niece and his brother, Ulysses Cherry, who is also a veteran.

Seventy years after being taken prisoner, X-13460 was disinterred and identified in 2020 as corporal R.B. Cherry using mitochondrial DNA.

"It's inherited through a maternal lineage so any maternal ancestor can be used to match to it," she said. "It’s self-explanatory. Mitochondrial DNA even in remains like these war-dead, they hold up over time so that can be used for matches."

As the family received the Purple Heart Medal, the general repeated the soldier creed. 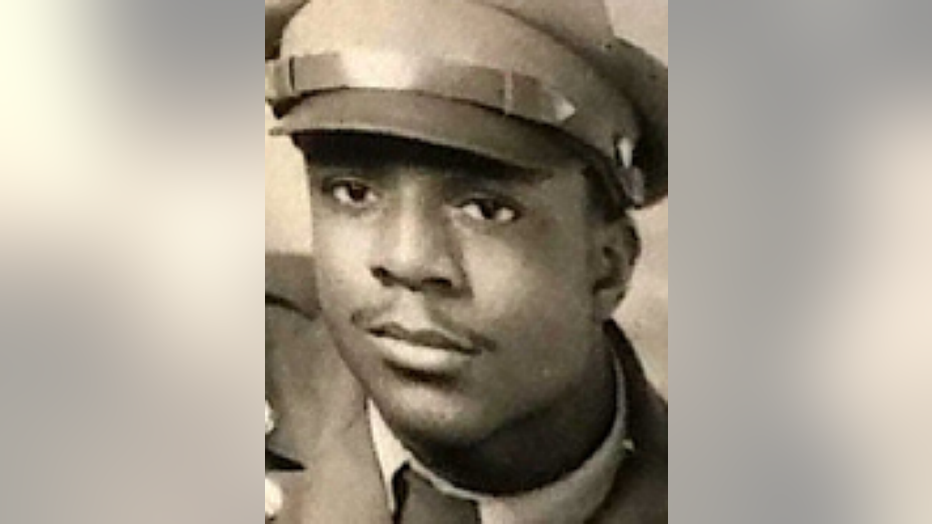 "We will never quit, and we will never leave a fallen comrade behind," Ragin said. "It might take us years, but we will bring them home."

The Cherry family never gave up hope that he would be found, they could have closure and they would know this soldier's story.

"Now we know the history, it means a lot more," said family member Irma Washington. "I can't even explain the feeling that you get knowing that he's on American soil, and he's home. He made it home with us, and that’s beautiful."

There at least 7,800 soldiers from the Korean war conflict still unaccounted, leaving many families still waiting for their loved ones to come home.