TAYLOR, Texas - Reconstruction of the first of five streets to be improved as part of the Taylor Streets Program has been completed.

On Dec. 3, elected officials and city employees gathered for a small ribbon-cutting ceremony on West Lake Drive, one of the five streets included in a $13.1 million bond approved by the City Council in 2019. 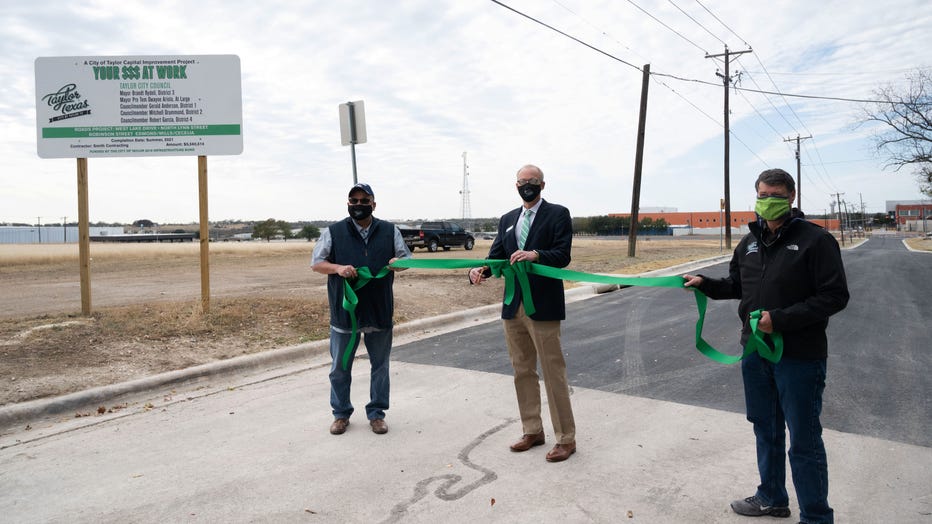 On Dec. 3, elected officials and city employees gathered for a small ribbon-cutting ceremony on West Lake Drive. (City of Taylor)

Construction for the project began in July 2020. All five streets are expected to be completed by next summer. Work is now complete at West Lake Drive and Carlos G. Parker Boulevard, and West Third Street is considered substantially complete and projected to open in mid-February.

Before construction started on each street, the city says councilmembers and the project team gave a short presentation about the project and what residents could expect during construction. Property owners and residents within the project limits were invited to
join the live events and ask questions.

“We are thrilled to be celebrating the completion of the reconstruction of West Lake Drive at the Loop. For such a highly visible and heavily-traveled street segment, it was failing badly and posed a real risk to drivers. Improving our streets and roads throughout Taylor is a top priority, both for residents and for our council," Rydell said.

Details about the streets project, including project updates and Frequently Asked Questions, can be found on the City’s website.