Eric Herr, Search and Support San Antonio Vice President, found the possible remains of a 45-year-old missing Spring Branch woman not far from where she was last seen.

"But it was over two different fence lines and all that was private property," Search and Support San Antonio Vice President Eric Herr said.

Herr has been involved in search efforts for about 30 missing persons cases. "One of the jobs I have is mortuary affairs, so I teach Army students how to search and recover remains from a battlefield, from an accident site," Herr said.

He and his team joined the search efforts for Shana DiMambro. "It's a very bizarre case," Herr said. 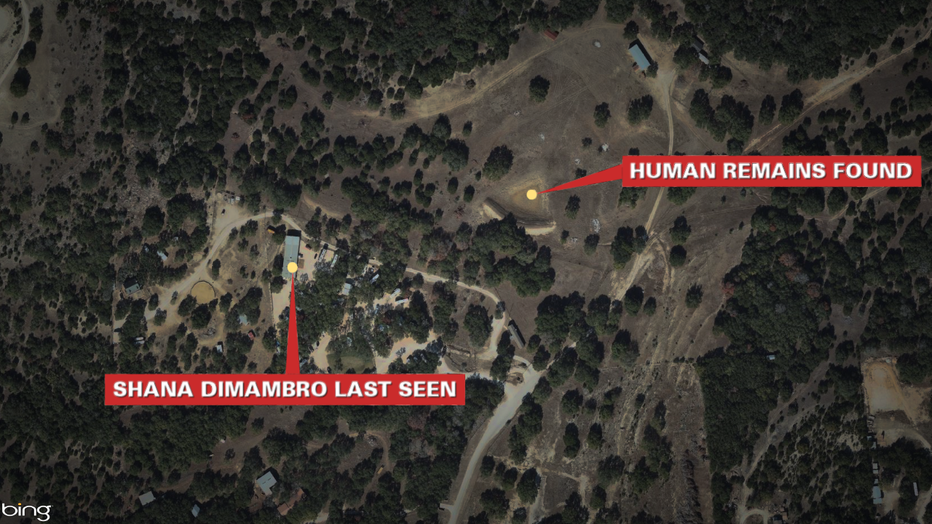 On Tuesday, July 19, her husband, Chris Antos, said he left the couple’s RV for work at around 7:00 a.m., came back for lunch, and couldn’t find her.

"Because she disappeared wearing flip-flops, I wanted to search that area, because to me, it was very possible she could be back there, I contacted the landowner, he let me on, me and the land owner searched," Herr said.

Just 50 minutes into the search, the landowner and Herr found human remains in the retention pond.

"You could see a human skull, you could see the deterioration of the bone in the hands and the arms," Herr said.

Herr said what did remain was a recognizable detail. "I saw the tattoo on her back and her husband had told me that she had a tattoo of a sunflower on her back," Herr said.

45-year-old Texas woman has been missing for 10 days

Shana Dimambro's husband came home from work on July 19, 2022 to find Shana's phone, wallet, bible and cigarettes at home, but not her.

Comal County Sheriff’s Office investigators said they believe it is the body of DiMambro.

"She was face down and she was in almost like a crawling position," Herr said. "She had no clothing on and we couldn't tell that she had any shoes on."

The body has been sent to Travis County for positive identification. Investigators have been in contact with the DiMambro family. The investigation into the disappearance is still ongoing.

FOX 7 Austin contacted DiMambro’s husband, and he declined to do an interview or provide a statement.