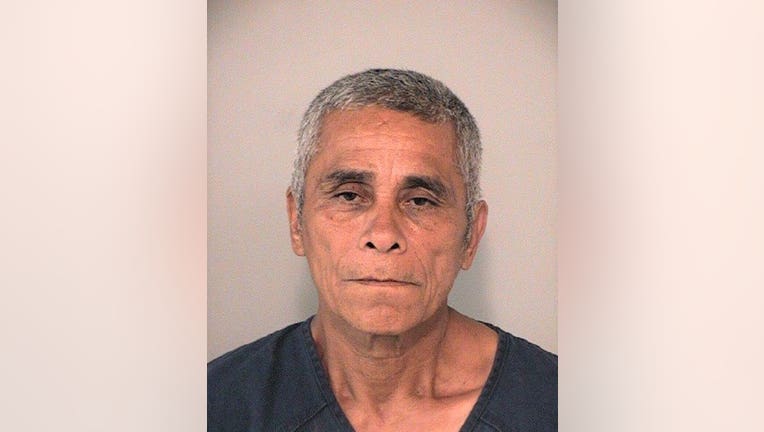 ROSENBERG, Texas - One man has been charged with 17 counts of theft from a grave after stealing numerous bronze vases from a cemetery in Rosenberg.

According to police, they received an increase of reports of bronze vases being stolen from the Davis-Greenlawn Cemetery, located at 3900 B.F. Terry Boulevard.

Police said the reports indicated unknown individuals were taking the bronze vases, which hold flowers from the individual grave sites.

According to a release, Rosenberg officers assigned to a newly created Strategic Enforcement Team (SET) were given the assignment to find the individual responsible for these thefts.

Officers later identified a person of interest in the thefts and identified him as Rolando Trevino, a 63-year-old registered sex offender from Brookshire, Texas.

During the investigation, officials said they discovered that Trevino was using a fictitious license plate to hide the identity of his vehicle.

After officers began a surveillance regimen of the cemetery over time, they witnessed Trevino on cemetery grounds after stealing more bronze vases. 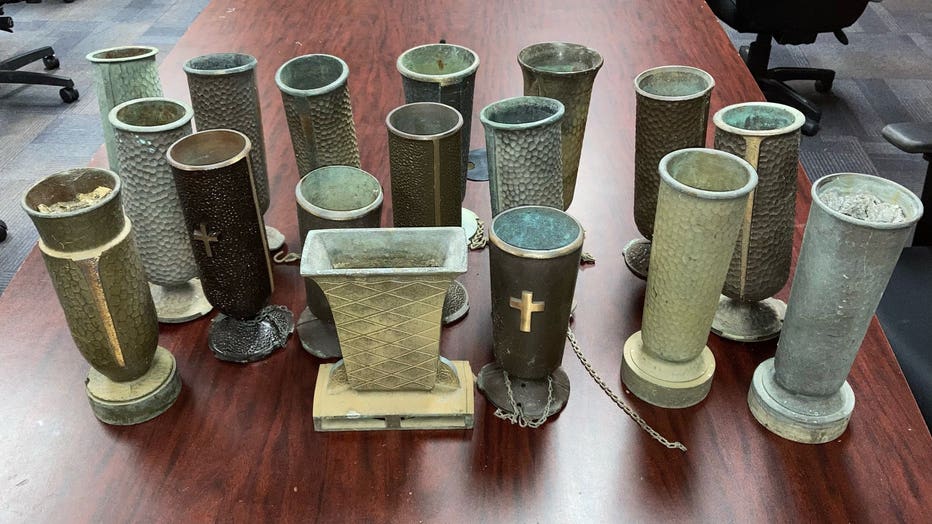 Photo of the vases that were taken, according to authorities. (Source: Rosenberg Police Department)

Trevino was later interviewed by police detectives and confessed to stealing the vases for purposes of selling them as precious metal items.

Police said he also confessed to doing this multiple times over the past few weeks.

Trevino was arrested Thursday and charged with 17 counts of theft from a grave, displaying a fictitious license plate, and driving while license invalid.

Rosenberg Police Chief Jonathan White stated, "precious metal theft is on the rise nationally, and we are not immune from these trends. We normally see this in the catalytic convertor thefts, but Rolando Trevino has shown us a new low by stealing from the deceased. It is heartbreaking to read police reports where family members arrive to visit their loved one’s grave sites only to find they have been a victim."