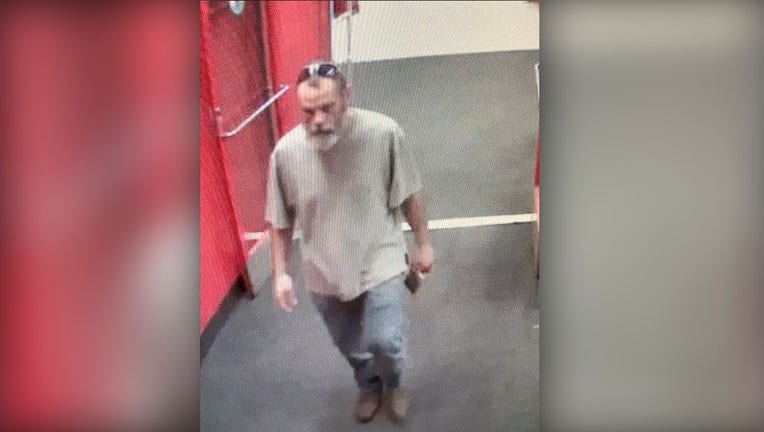 ROUND ROCK, Texas - The Round Rock Police Departement is seeking the public's assistance in finding an aggravated robbery suspect.

At approximately 8:30 p.m. on March 13, officers responded to a Target located at 121 Louis Henna Blvd in Round Rock after a victim called 911.

According to police, the male suspect threatened the victim with a knife and stole her blue 2015 Nissan Versa.

The suspect is described as a white male in his 50's and was last seen wearing blue jeans and a t-shirt.

The suspect drove northbound on IH-35 after stealing the vehicle. The vehicle is further described as having a "Jesus is Beautiful" magnet on the back hatch with Texas license plate number KSV0344.

Anyone with information is asked to call 9-1-1 or submit an anonymous tip.