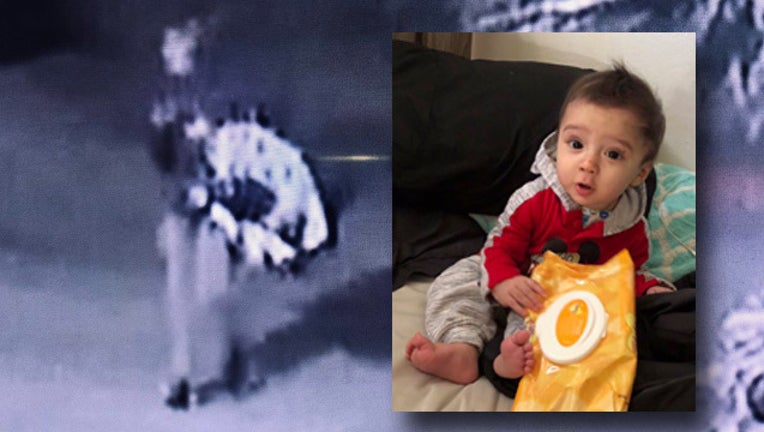 "The suspect is a thin built white or Hispanic female, 20’s-30’s years old, last seen in a grey hoodie and brown pants." (@SATXPolice)

SAN ANTONIO (AP) -- Police in San Antonio say the reported abduction of a missing 8-month-old boy was staged to cover up "foul play" involving the child.

Police Chief William McManus declined Monday to elaborate on whether he believes King Jay Davila is alive, saying "we believe there was foul play, that's all I'll say."

The baby's father, Christopher Davila, told police Friday that his car with the child inside was stolen after he left it running and unlocked when he went into a convenience store.

McManus says the still-missing child was not in the car and the woman seen driving the car away is Christopher Davila's cousin and has been arrested on unrelated charges.

Christopher Davila is charged with child endangerment and has denied being involved in the boy's disappearance.