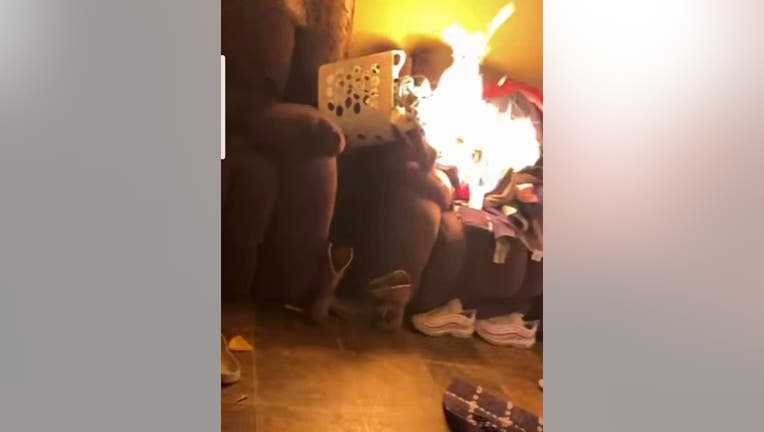 Photo from a video that reportedly shows 23-year-old Senaida Soto setting fire to her ex-boyfriend's home.

SAN ANTONIO, Texas - A woman was arrested after the Bexar County Sheriff's Office said she set her boyfriend's house on fire.

The sheriff's office said on Nov. 20, around 1:45 a.m., the Lytle Fire Department and the Bexar County Fire Marshal’s Office responded to an arson call in the 16000 block of Shepherd Rd. in San Antonio.

The owner of the home told deputies 23-year-old Senaida Soto broke into his home and set the house on fire after she had just stolen several items from the home, as well.

Soto was in a romantic relationship with a family member of the homeowner. Soto had FaceTimed her boyfriend when another woman answered his phone. The sheriff's office said the woman later turned out to be a relative of the boyfriend. 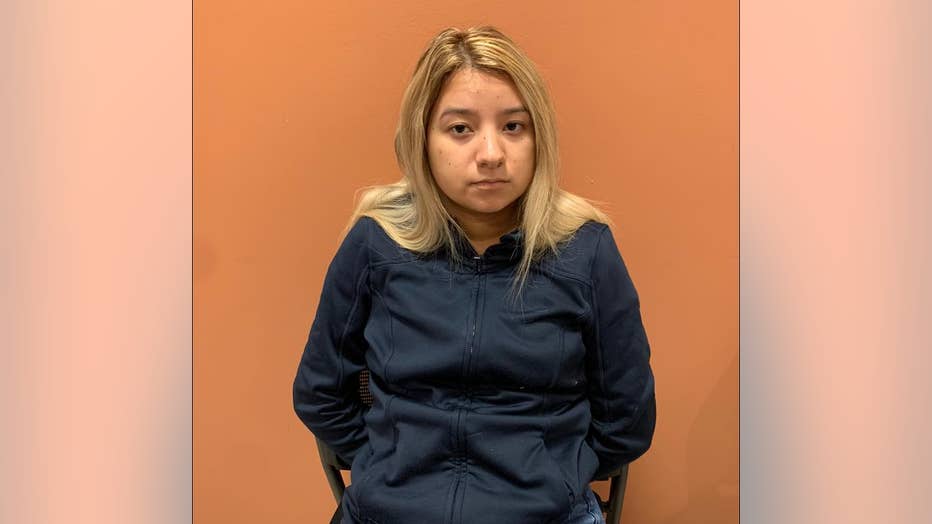 23-year-old Senaida Soto broke into her ex-boyfriend's home and set the house on fire.

The sheriff's office said Soto became upset that another woman answered her boyfriend’s phone. She later went to her boyfriend’s house and lit the couch in the living room on fire.

While the house was on fire, a video was recorded, and it was shown that Soto lit the couch on fire. The fire spread, causing the home to go up in flames, as well as causing over $50,000 worth of damages.

Soto also reportedly texted the boyfriend while the house was on fire and said "I hope your house is okay."

The Fire Marshall’s Office helped BCSO with the arson investigation and BCSO issued two warrants for the arrest of Soto.

Soto was arrested for burglary habitation force and arson.