SAN MARCOS, Texas - The San Marcos Activity Center will be closed indefinitely due to water damage. Officials were notified about the water damage around 3 a.m. this morning after a resident saw water coming from the building.

The San Marcos Fire Department was able to shut off water to the building.

The flooding at the activity center appears to be the result of a 3" poly pipe that disconnected from its coupler, causing several inches of water to cover the entire facility, according to the City of San Marcos. The city’s insurance carrier has been notified and is assessing damage and providing assistance where possible.

Current memberships will be suspended, and automatic payments will be placed on hold during this time, according to the city. Customers with items remaining in their lockers are asked to contact the Activity Center for assistance retrieving belongings. 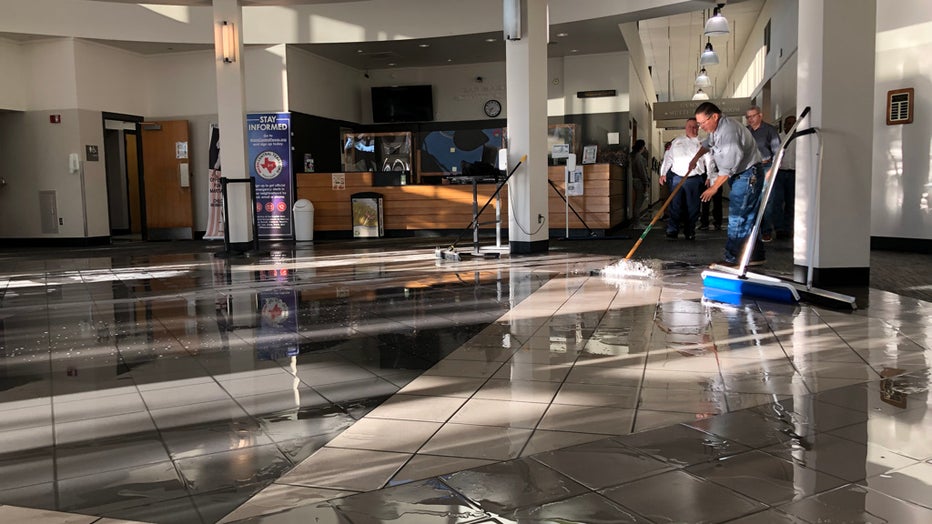 Activity Center staff are working to identify alternative recreation options and meeting spaces to offer to the community.

The city is also working to identify alternative recreation options and meeting spaces to offer to the community. Total Wellness classes will continue virtually. Residents are encouraged to take advantage of the City’s sidewalks, trails, and natural areas while the San Marcos Activity Center remains closed.