Gonzalez’s home, their cars, everything was scorched beyond repair.

SAN MARCOS, Texas - A San Marcos family survived a mobile home fire that started in the middle of the night but left them with no home.

Crystal Gonzalez awoke to her daughter saying, “Mommy there is a small fire.” Gonzalez and her husband got out of bed, grabbed their other three daughters, and headed for the door. Gonzalez’s husband attempted to put out the flames.

“By the time we knew it everything just went up in flames we couldn’t put it out,” said Gonzalez. “It spread through the whole house.”

The entire family made it outside of the house safely by the time first responders arrived the mobile home was fully engulfed. The Guadalupe County Fire Marshal’s Office said the York Creek Fire Department was the first to arrive on scene around 3 a.m. and was assisted by San Marcos and Hays County fire departments. The firefighters were able to extinguish the blaze within under an hour. 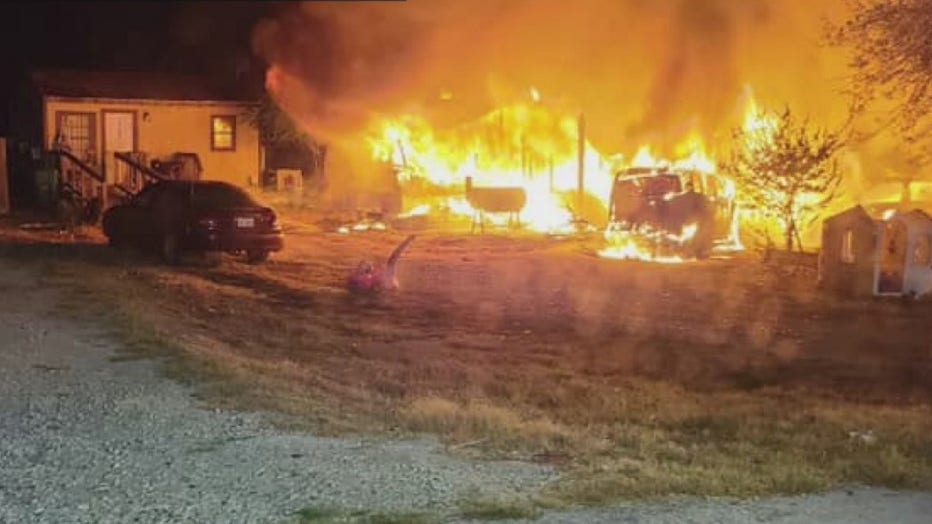 “They responded in the best way they could,” said Gonzalez. “Everything just lit up so fast so by the time they got there it was just so hard for them to stop it and put it out.“

Gonzalez’s home, their cars, everything was scorched beyond repair.

The Gonzalez family is staying at a hotel waiting for the American Red Cross to assist them. Friends and members of the San Marcos community are gathering donations. Gonzalez said what they really need right now are clothes for their four girls.

The Guadalupe County Fire Marshal’s Office said the cause of the fire is still under investigation and they are considering a number of possibilities.