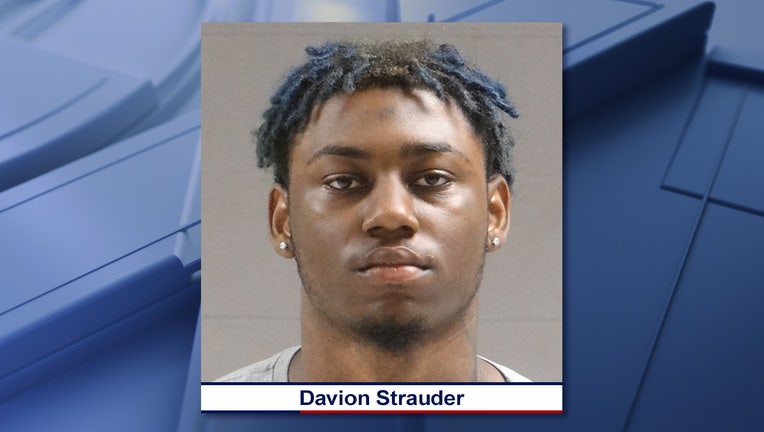 ROWLETT, Texas - Rowlett police have arrested a 17-year-old who confessed to a violent attempted carjacking on Easter Sunday.

This arrest came from a viewer tip to police less than a day after Rowlett PD detectives shared surveillance video with FOX 4's Shaun Rabb.

Davion Strauder has been charged with aggravated robbery in the case.

This attack happened at 2 a.m. back on Easter, at a 7-Eleven, as two 16-year-olds went to buy something to drink.

As the teens were leaving the store and walking to their car, the attacker stepped out of the dark, pointed a gun at one of them and tried to take his keys. The attack was caught on 7-Eleven surveillance video.

"[The suspect] demanded his keys. The teenager thought it was a joke at first, but then he put the gun on his chest, started to assault him, threw him down on the hood of his car, and he realized then that this was for real, and he was in the fight of his life," Rowlett Police Department Det. Cruz Hernandez said of the attack. "He grabbed the teen, he slammed him to the ground, the gun came loose. The suspect picked up the gun and begin to pistol whip the male teenager at that time."

Someone in the car next to where this was happening quickly back out and drove away, calling 9-1-1.

The suspect then fled the scene.

Police said they got a viewer tip identifying the suspect as Strauder. They took him into custody and questioned him, where police said he confessed to the crime.