SCOTUS decision on overturning Roe v. Wade continues to send shockwaves across US

Conservatives are celebrating the decision as a victory for life, while progressives fear it could be the first of several dominoes to fall.

Abortion providers in Texas filed a lawsuit in state court on Monday seeking to block officials from enforcing the state’s pre-Roe abortion ban.

The lawsuit was filed on behalf of seven women's health providers across the state. Challengers to Texas's pre-Roe law, which banned abortion entirely, are saying it has been interpreted to be "repealed and unenforceable."

Mere hours after the Supreme Court’s ruling on Friday, Texas Attorney General Ken Paxton put out an advisory stating that the state’s trigger ban, which bans abortion almost entirely, will not take effect for approximately two months or longer. The trigger ban is scheduled to take effect 30 days after issuance of the judgment from the Supreme Court in Dobbs v. Jackson Women’s Health Organization. 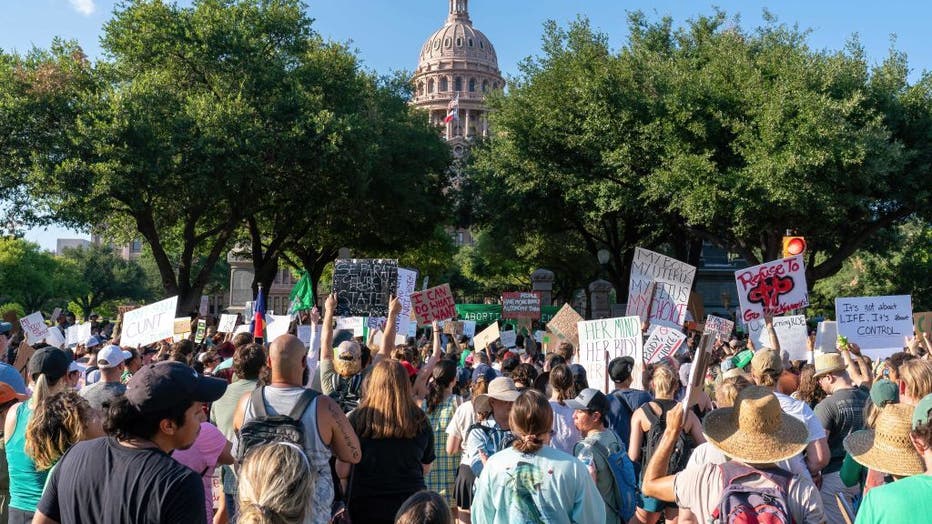 Abortion rights demonstrators gather near the State Capitol in Austin, Texas, June 25, 2022, for a second day of protest against the Supreme Court's thunderbolt ruling, as state after conservative state moved swiftly to ban the procedure. (Photo by S

While the Supreme Court issued its opinion on June 24, it has not yet issued its judgment. The high court typically issues judgments at least 25 days or longer after the opinion.

But the attorney general also said in Friday's advisory that "abortion providers could be criminally liable for providing abortions" starting Friday based on the state’s "abortion prohibitions predating Roe."

READ MORE: Abortions in Texas have stopped after AG Ken Paxton said pre-Roe bans could be in effect, clinics say

All abortions in Texas, which were available up to six weeks, stopped after Friday's Roe v. Wade reversal.

WHAT DOES IT ALL MEAN? What Roe v. Wade reversal means for Texans | What the end of Roe v. Wade would mean for Texas’ past, current and future abortion laws

If the law's challengers are successful in blocking enforcement of the pre-Roe ban, they say some abortion providers in the state would resume abortion care.

A hearing on plaintiffs’ request for a temporary restraining order set for tomorrow Tuesday, June 28 at 9:30 a.m.