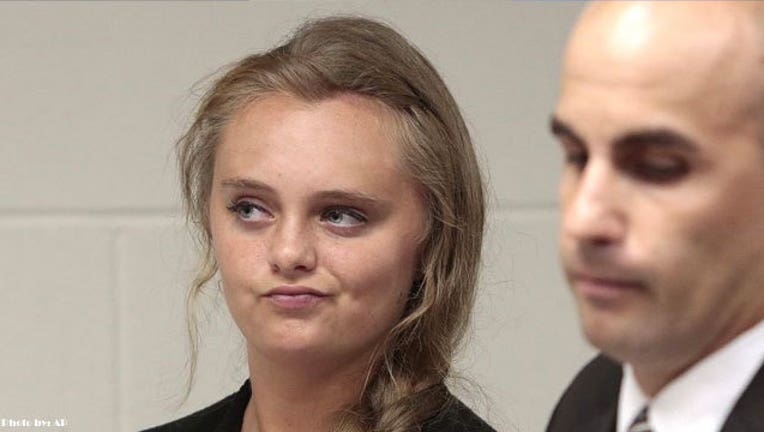 Massachusetts prosecutors say Michelle Carter sent her boyfriend, Conrad Roy III, dozens of text messages urging him to take his own life. Carter's lawyer says she tried repeatedly to talk him out of it and only began to support the plan when it became clear he would not change his mind. Here are excerpts from their text exchanges, with messages cited by her lawyer first, followed by those cited by prosecutors:

Carter: "But the mental hospital would help you. I know you don't think it would but I'm telling you, if you give them a chance, they can save your life"

Carter: "Part of me wants you to try something and fail just so you can get help"

Carter: "So what are you gonna do then? Keep being all talk and no action and everyday go thru saying how badly you wanna kill yourself? Or are you gonna try to get better?"

Roy: "I can't get better I already made my decision."

Roy: "if you were in my position. honestly what would you do"

Carter: "I would get help. That's just me tho. When I have a serious problem like that, my first instinct is to get help because I know I can't do it on my own"

Roy: "Well it's too late I already gave up."

Carter: "Always smile, and yeah, you have to just do it. You have everything you need. There is no way you can fail. Tonight is the night. It's now or never."

Carter: "(D)on't be scared. You already made this decision and if you don't do it tonight you're gonna be thinking about it all the time and stuff all the rest of your life and be miserable.

You're finally going to be happy in heaven. No more pain. No more bad thoughts and worries. You'll be free."

Carter: "When are you gonna do it? Stop ignoring the question"

Carter: "You can't keep living this way. You just need to do it like you did the last time and not think about it and just do it, babe. You can't keep doing this every day.

Roy: "I do want to but I'm like freaking for my family I guess. I don't know."

Carter: "Conrad, I told you I'll take care of them. Everyone will take care of them to make sure they won't be alone and people will help them get through it. We talked about this and they will be okay and accept it. People who commit suicide don't think this much. They just could do it."