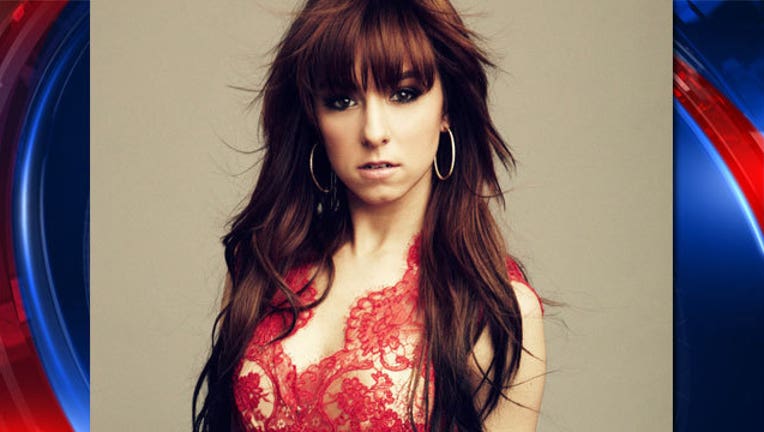 ORLANDO, Fla. (AP) — The gunman who shot and killed a singer who rose to fame after appearing on "The Voice" traveled to Orlando from another Florida city specifically to attack her and then fatally shot himself, authorities said Saturday.

Orlando Police Chief John Mina said at a news conference that the suspect, identified as a 27-year-old white male, didn't appear to know Christina Grimmie personally. Grimmie was shot to death after giving a concert in Orlando on Friday night. She died early Saturday.

"She was doing a meet-and-greet, just signing autographs and selling merchandise. This white male approached her and opened fire, striking her," Mina said. "We believe he came here to commit this crime."

The 22-year-old singer from New Jersey finished third during season six of NBC's "The Voice" in 2014, competing on the team of Maroon 5 star Adam Levine. She began amassing a following on YouTube as a teenager, gripping online viewers with her powerful renditions of hit songs. Her videos on YouTube have garnered millions of views.

In an earlier statement, police said Grimmie had performed with the band Before You Exit at The Plaza Live in Orlando. The concert ended around 10 p.m., and Grimmie was shot as she signed autographs for fans at a merchandise table in The Plaza Live concert venue.

Grimmie's brother, Marcus, immediately tackled the gunman, who then shot and killed himself during the struggle, police said. They credited the singer's brother with preventing the gunman from hurting others. Around 120 others were in The Plaza Live at the time.

"Very heroic actions by Marcus Grimmie to jump in and it definitely could have prevented further loss of life," Mina said.

After the concert, 17-year-old Kaitlin Martin was standing with a group of other fans outside The Plaza Live, waiting for members of Before You Exit to come out, when she heard several loud "pops."

Martin said she was unsettled knowing the suspect had watched the concert in the same audience she was in.

"This person was in the crowd with us, and while we were singing, having a great time, he was there with different intentions," she said.

Detectives were searching the suspect's cell phone and social media accounts looking for clues as to a motive, Mina said, but they weren't aware of any history of stalking of Grimmie by the suspect.

At the news conference, the police chief refused to identify the name of the suspect or where he came from in Florida.

The suspect had on him two handguns, two loaded magazines and a hunting knife, Mina said.

There were unarmed security guards at The Plaza Live and they checked bags and purses for contraband, but there were no metal detectors or pat-downs of people as they entered The Plaza Live, he said.

A spokeswoman said all events at The Plaza Live had been suspended until further notice.

Grimmie had posted a video of herself shortly before the concert was scheduled to begin, encouraging fans to come see her perform.

Levine posted a photo of himself with Grimmie on Instagram, commenting before her death was confirmed: "I'm sad, shocked and confused. We love you so much Grimmie. We are all praying hard that you can pull through this ... this just isn't fair."

"The Voice" paid tribute to Grimmie on its official Twitter page: "There are no words. We lost a beautiful soul with an amazing voice."

The Philadelphia Inquirer reported in 2014 that Grimmie moved to Los Angeles in 2012 after joining Selena Gomez on tour to focus on her singing career.

"I'm done being surprised by cool things she does. She's very talented and she's worked incredibly hard — it's a dangerous combination," her brother told the newspaper at the time.

This story corrects suspect's age to 27.