FORT WORTH - U.S. Sen. John Cornyn called on President Joe Biden to meet with the family of Trevor Reed — an American who has been jailed in Russia for more than 900 days — during the president’s trip to Fort Worth on Tuesday afternoon.

Biden is visiting the Fort Worth Veterans Affairs Clinic for an event to call attention to veterans’ concerns about cancer exposure. Cornyn said the Reed family requested a meeting with Biden. Joey and Paula Reed — Trevor Reed’s parents — live in Granbury, which is about a 45-minute drive from the Naval Air Station Joint Reserve Base Fort Worth, where Air Force One will land.

"Trevor Reed has been held in a Russian prison with little to no access to badly-needed health care or communication with his family, and his situation is only going to get worse given the political climate in Russia," Cornyn said in a statement.

"This Administration must do more to free Americans held hostage in Russia," he added. "President Biden meeting with the Reed family while in Texas on a day he is touting the importance of caring for our veterans would be a welcome start."

Reed’s family could not immediately be reached for comment. 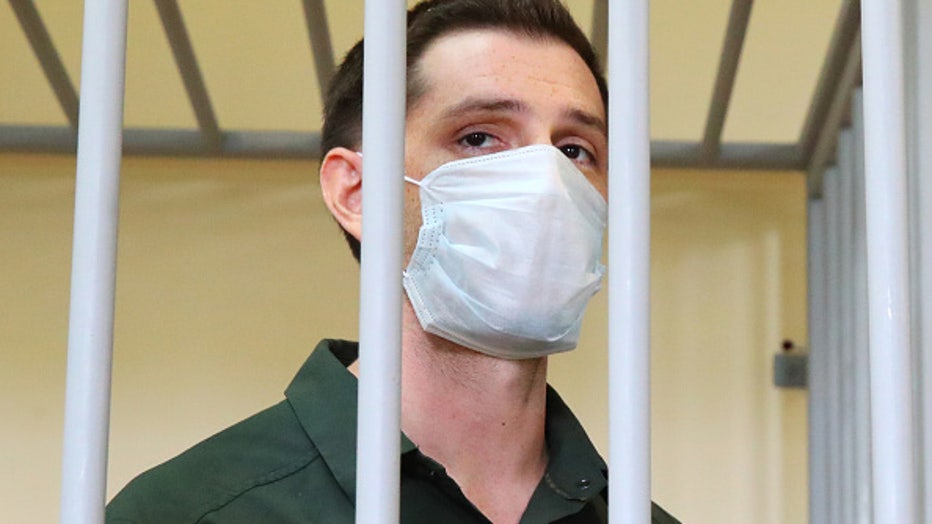 MOSCOW, RUSSIA - JULY 30, 2020: A former US marine and University of North Texas student, Trevor Reed, charged with use of violence against a representative of power, is seen during a sentencing hearing at Moscow's Golovinsky District Court. The cour

Trevor Reed’s case has taken on new urgency, given increasing Russian instability after that country’s unprovoked invasion of Ukraine. Moreover, Russian officials recently arrested another Texan, WNBA star Brittney Griner, on charges of possession of hashish oil in her luggage.

Russian police arrested Reed in August 2019 on questionable charges, according to news reports, American diplomats and Reed’s advocates in Congress.

"Trevor was initially detained for public intoxication, but when the Russian Federal Security Service discovered that he was a U.S. Marine, they upped the charges and accused him of endangering the lives of police officers," U.S. Rep. August Pfluger of San Angelo told The Texas Tribune last summer. "The accusation, and the lack of evidence to support it, was so ridiculous that even the Russian judge erupted in laughter during his trial."

Reed traveled to Russia in the summer of 2019 with his Russian girlfriend to learn the language. That August, Russian police arrested him for intoxication and took him to a jail to sober up.

He has since been sentenced to nine years in prison.

Several Texas members besides Cornyn have taken up his cause, including Pfluger, U.S. Rep. Michael McCaul of Austin and former U.S. Rep. Mike Conaway of Midland.

"Trevor is a Texan and Marine Veteran being held as a political hostage in Russia," Pfluger tweeted Tuesday morning. "Texas needs our President to step up."

Biden addressed Reed’s incarceration in June, after a 2021 summit with Russian President Vladimir Putin in Geneva.

Whelan is from Michigan and was arrested in Russia in 2018, accused of spying and sentenced to 17 years. Whelan is also a former Marine; however, he was discharged for bad conduct after being convicted of larceny. He and his family have said he’s not a spy but a tourist who was set up by the government.

"We’re going to follow through with that discussion," Biden said at the time. "I am not going to walk away on that issue."

In June, the U.S. House passed a resolution calling for Reed’s release. Last fall, Reed went on a hunger strike in protest of the conditions in which he is being held. More recently, his family has expressed concerns about his potential exposure to tuberculosis.