East Austin has changed a lot over the years with the new replacing the old. FOX 7 Austin's Leslie Rangel met with a couple of UT researchers, headed by Mexican-American lead investigator Diana Hernandez, who are fighting for a nearly 100-year-old sacred burial land.

AUSTIN, Texas - A group of University of Texas researchers with the School of Architecture are in a fight to help preserve sacred Mexican-American burial lands dating back to 1919.

As the pair walks through the San Jose Cementerio at 745 Montopolis, it’s a very different stroll from the East Austin activities highlighted in popular magazines.

"Some changes since we last came," Diana Hernandez, lead researcher and founder of (Re)Claiming Memories says as she and Mitch Ford, co-founder and director of Environmental Research Initiatives, begin their investigation.

"I just like to take pictures of the entrance, to just kind of see how it changes over time, as you can see, it is deteriorating. Oh right here, so you can see how it’s detaching and there’s like tracks here and see, it’s really hollow and it’s breaking apart," Hernandez says, taking pictures.

"Right here we have some lichen growth, which is like a moss," Ford says, inspecting some of the headstones.

Hernandez and Ford have a special connection with the dead, their research helps preserve memories, like the ones at San Jose, from being erased. 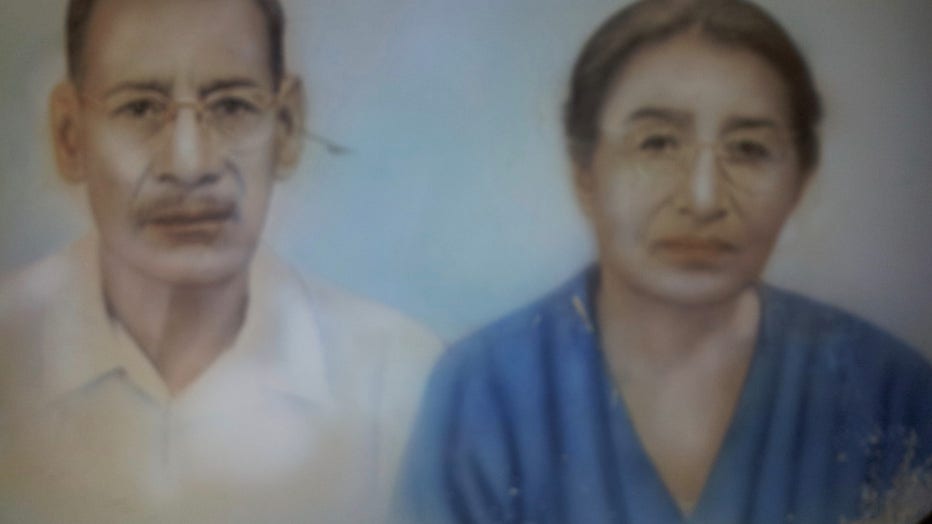 "Gentrification, it’s a threat to the cemetery and the neighborhood of Montopolis. As you can see over here, we have some new building new construction going on that really impacts the site and they had actually put a fence up at the proximity of the new housing. It is really a problem," Ford says, pointing to the homes that are feet away from resting grounds dating back nearly a century.

In a time where Austin is seeing many land changes, (Re)Claiming Memories is trying to make sure they preserve the spaces for the people who walked these grounds first.

"You can see the points, so all the points in the star, according to the archival documents, there was a person buried from the family at each point," Hernandez explains as she points to one of several wrought iron stars in the middle of the cemetery with headstones in the middle.

San Jose Cementerio and San Jose II as of April 2021 have 362 identified burials with many more believed to be unmarked.

"We were able to find out the amount of the population, of the Mexican and Mexican-American population, was dying from former pandemics, pneumonia and influenza were concurrent to epidemics happening in the '30s and '40s and we saw that a lot of people were dying around that time," Hernandez explains.

Good Day Together: Fighting to save sacred spaces

FOX 7 Austin's Leslie Rangel got a tour of San Jose 2 as she followed a pair of UT researchers through construction sites and traces of homeless camps as they continue to fight to stop the erasure of sacred spaces.

"There was a spike in deaths and they were all dying from concurrent epidemics, and so that’s important history because look at what we’re facing now, this area is a hotspot for COVID and this area is still predominantly African-American and Latinx and so it really helps you to understand the social inequities that this community has faced is facing and it’s important history to know," Hernandez adds.

It’s part of a history these researchers are afraid will be forgotten. Right now they’re fighting zoning changes, construction and they’re hoping to secure a historical landmark.

From San Jose I, a few miles away is San Jose II. Hernandez uses a GPS to get her to a construction entrance which is the easiest way to get to the site after the historic entrance was blocked by a land dispute.

The drive there and one look around East Austin, you see the sites of new construction some may see as the mark of new beginnings, but others see it in a different light. 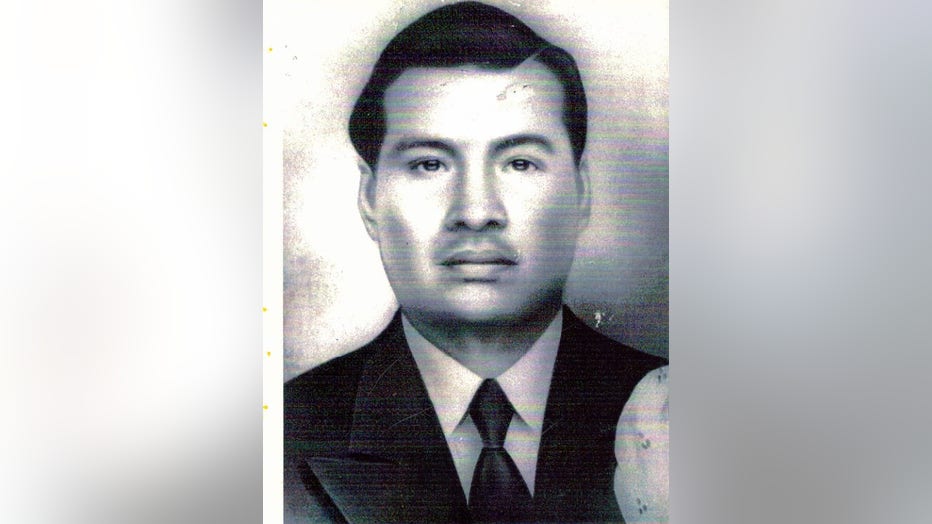 "I see erasure. I see a threat of erasure. Whenever I see this new construction, it is uncomfortably close to these historic sites and so it just leads you to think, ‘are they going to destroy the sites and build over them’?" Hernandez says.

As the researchers approach the second site at 8101 Posten Lane, they’re greeted with contractors who are unaware who the team’s last point-person was.

"It’s frustrating having to go through, jump through all these hoops just to access the site, it can get very tiresome," Hernandez said.

"So this changed a lot since we last came, which was like not even three months ago. We didn’t have this huge structure or that one," Hernandez says, pointing to new huge warehouses and bulldozers paving way for laying concrete. Like it or now, construction in Austin is here to stay.

As we climb over a ditch to get to the other side of the construction, we come to the cemetery site. 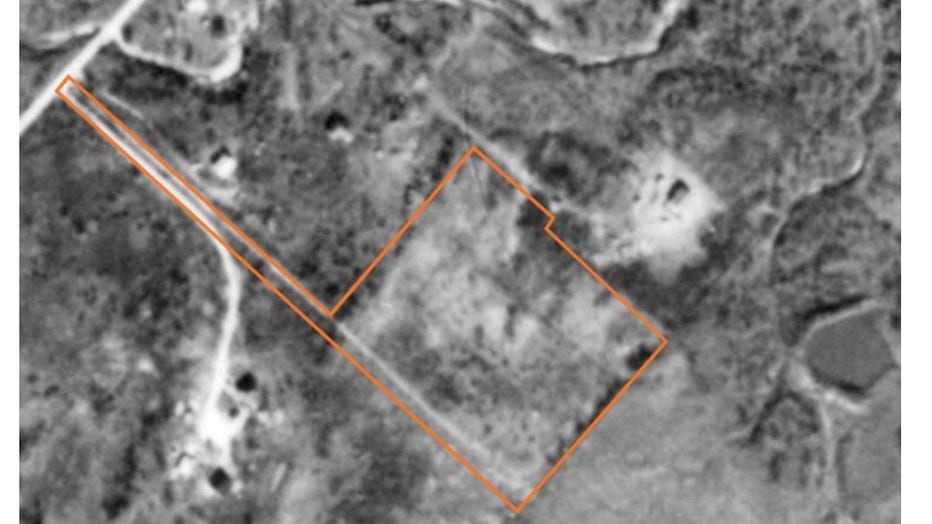 "This is it, a huge pile you can actually come if you come closer, you can see where the fence is right and you literally have a tombstone here, right up against this pile of gravel, and the gravel is starting to push against the fencing and pushing the fence down there’s no buffer zone between the new warehouses and the cemetery," Hernandez says as she shows us the falling and deteriorated fence.

We continue deeper into the site, using a machete to clear some of the overgrowth. Hernadez says it’s difficult to imagine loved ones coming to visit their family at the site. We stepped over human feces and noticeable waste from homeless communities who have also found refuge in the overgrowth.

"We find things every time we come, we find new stuff," Hernandez says, briefly losing her step among the limbs and leaves on the ground.

"We found some aerial footage historic aerial footage from the 50s where you could see what looks to be like trenches and we really believe that the trenches were used for a pandemic burials," Hernandez explains, as she points out a possible new headstone.

"My dream is to connect the dead to their loved ones, to clean up the space, properly memorialize it," Hernandez says as she shows us a headstone near the front of the cemetery. 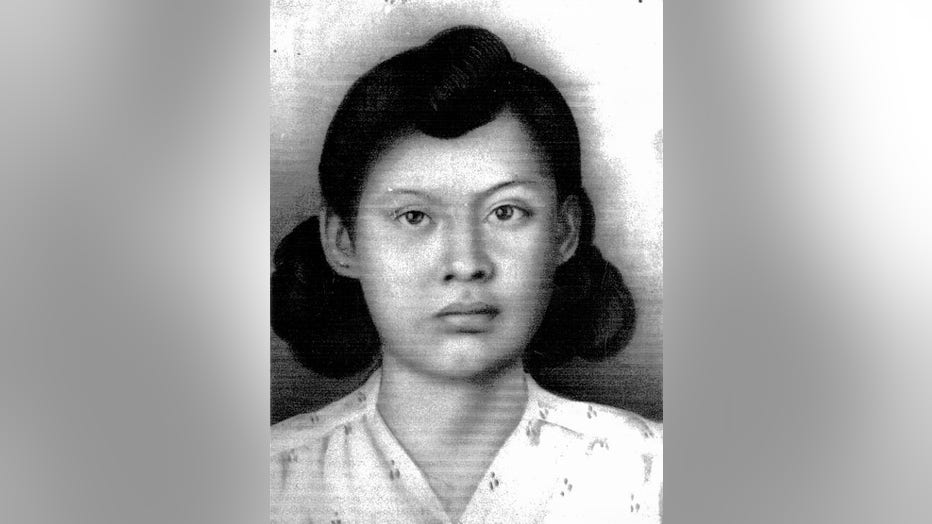 "Oh! it’s the anniversary of his death today!" Hernandez says. It’s a small detail she doesn’t see as a coincidence, but more of a message from her people.

"The way I see is that’s the ancestors telling us that we’re doing the right work, it’s a way of them saying, ‘thank you for the work that we’re doing, that they’re grateful for uplifting their voices,’ because at the end of the day we’re making this invisible site visible," Hernandez says.

The team has met with Austin City Councilmember Vanessa Fuentes who toured the site with them and says their office is looking into current policy and are moving forward with help in preserving the space.

If you’re interested in learning more about the sites or the team’s research, you can visit their website.